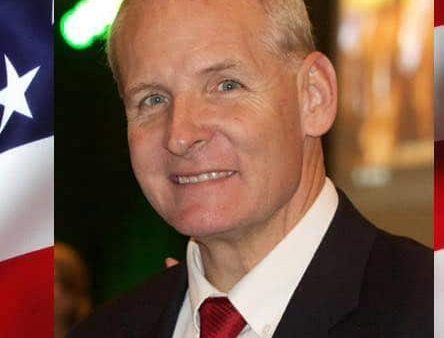 Charles Todd Henderson has been a teacher, coach, police officer and defense attorney. In a few weeks, Henderson takes on the job of Jefferson County District Attorney after upsetting incumbent Brandon Falls in the General Election.

Did you have an idea that you would be the Jefferson County DA at the end of the day on November 8?

“I’ve always felt like this was my time, that this is where the Lord wanted me at this point in my career. I felt confident coming out of the primary with a 61 percent win margin. And the second thing, it was just time for change in Jefferson County.”

Did straight ticket voting among Democrats in Jefferson County impact your success?

“One thing that we did in our campaign was really, really push the ticket. We felt like we needed 105,000 straight Democratic ticket voters, and we got a little bit over that. “

What will the Jefferson County District Attorney’s Office be like under the leadership of Charles Todd Henderson?

“What we’ve been doing hasn’t worked. I’ve been saying all along we need to do more on this side to get people the resources they need, and quit using prisons as a way to kinda brush the problem aside.

“The last several years we’ve been talking about the prison overcrowding. We’ve been talking about the fact that we’ve used prison as a way to deal with drug addiction and the mentally ill. This has led to mass incarceration. The state of Alabama leads the country in incarceration rates. The problem with that is that we are also number one in recidivism, which really means the department of corrections is not equipped to deal with the rehabilitative process.”

What do we do about the high homicide rate in Jefferson County?

“I think education has to play a huge role in that. There is a direct correlation between education and the criminal justice system. I think if we start making children a top priority in this state and we start funding education equitably, start empowering these teachers and standing behind these teachers and putting discipline and structure back in these classrooms, we’re gonna go a long way to alleviating some of the issues we see with violent crime in the long term.

“Obviously we gotta deal with what’s going on in our city right now with this alarming increase in violent crime. One thing we’ve got to be able to do is create a stronger police presence in our communities.”

“Let me say this, and I made this perfectly clear, personally I am against the death penalty, because I have seen here, specifically I Jefferson County, almost two years ago when Anthony Ray Hinton was exonerated after spending 25 years on Death Row for a crime he did not commit. So when you talk about stepping into that arena and taking someone’s life, it’s incumbent upon the state and that prosecutor and the district attorney to make sure that person we convict is the person that should be in prison.

“That can’t be the policy that in every capital murder case we’re going to seek the death penalty.

“There may be some circumstances when crimes are of such a heinous manner that maybe society calls on us to look at that.”

What’s your first task in the first day on the job?

” My first day on the job is just to meet with all the personnel and especially those deputy district attorneys who serve at my will to let them feel some relief that I’m not coming in there to fire everybody. We want to give them the ability to do their jobs, to look at mitigating circumstances, to talk with our victims and our victims’ families, our defendants and our defendants’ families and see if we can come to common ground that benefits everybody.

“We want to make sure that justice is served for all persons and not just a few.”