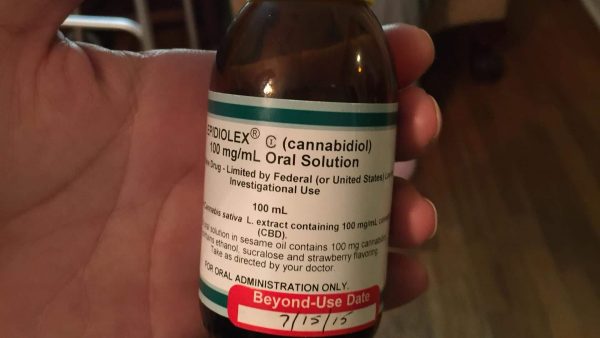 The UAB Epilepsy Center at the University of Alabama at Birmingham is studying cannabidiol, or CBD oil.

Last year, Alabama was the second state to legalize limited use of a marijuana derivate commonly known as CBD oil. Alabama’s “Carly’s Law” allows doctors and researchers at the University of Alabama at Birmingham to study and prescribe CBD oil to select patients suffering from seizures. CBD oil has only traces or no THC, the main active ingredient in marijuana known to produce a high. And it’s changing the debate about medical marijuana. UAB’s study officially started this spring. Here’s an update:

PEDIATRIC PATIENTS
Robert Mitchell, 11, of Decatur, and Carly Chandler, 4, of Hoover each suffer from difficult-to-treat seizure disorders. They experience hundreds of seizures daily, and they vary in severity and duration. Both families have tried countless conventional medications and diets, and Robert even had brain surgery. But they say the seizures had never let up — that is, not until a few weeks ago when they started taking CBD oil. Robert and Carly are two of the first pediatric patients enrolled in the UAB CBD oil study approved by Carly’s law.

CHANGES
Robert’s father says his son’s seizures have drastically subsided, and that Mitchell is more aware than ever.

Both families are convinced and optimistic, but due to the lack of previous research, doctors at UAB are hesitant to jump to conclusions.

THE STUDY
Since Carly’s law passed in 2014, patients have hoped to get into the study. So far 16 pediatric patients and 15 adult patients are enrolled. Plans are to enroll 50 of each. Critics say UAB isn’t accepting enough patients, and that they are enrolling patients too slowly. But Dr. David Standaert, Chair of the UAB Neurology department, says it’s all a part of doing research with a drug that’s basically illegal here.

WHAT’S NEXT
But even the the families lucky enough to take part are worried about what will happen when it’s over. Outside of UAB hospital walls, CBD oil is illegal in Alabama. Neither the Mitchells nor the Chandlers want to relocate to a state with more permissive marijuana laws. They intend to fight for state and federal legislation to make CBD more accessible, and not just for those with seizure disorders.

The two families acknowledge that their kids are test patients, and they are ok with that. They say they’re already reaping the benefits of seeing their children come alive.