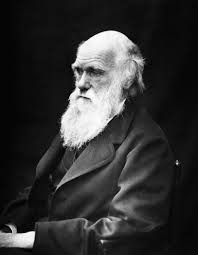 The cartoon series recently featured a couple of episodes dealing with the debate over evolution and, talking otters aside, the show raised a rather interesting question.

It’s not just brightly colored cartoon characters asking “how and why”; real, flesh and blood human beings are asking it too.

Tim Ritchie is the President and CEO of McWane Science Center in downtown Birmingham. He’s also a Christian who has no problem squaring his belief in God with his understanding of evolution and the age of the earth, currently thought to be about 4-point-5 billion years. For him, the two don’t have to be mutually exclusive.

“I think that we have to be resolutely fearless about the facts and one fact that seems incontrovertible is the age of the earth, once you’ve made that determination then you have to adjust your interpretation of Scripture based on what you, hopefully, are fearless about.”

In that spirit of fearlessness McWane agreed to allow John Lennox — an Oxford mathematician and vocal proponent of intelligent design — to speak at the science center this time last year. Ritchie came under a bit of fire for doing so, with some wondering why a science center would host someone who so blatantly disregards what’s considered a paradigm of the sciences.

“Well, I guess the real question to say is ‘why not have him here?’ Why not have a proponent of the theory come and speak and use that for the forum to discuss it; I see no reason not to have views aired and then to question them, which was our purpose.”

Ritchie, like so many others involved in the scientific community, adamantly opposes the introduction of intelligent design to science classrooms. But he thinks, in the public sphere, all the cards ought to be on the table in order to have an open and honest dialogue. And Brown University biologist Ken Miller has no problem taking part in such dialogues.

“Because I think those of us who have the privilege to work in science should always be willing to explain our fundamental assumptions and conclusions to the general public.”

Miller is the author of “Finding Darwin’s God: A Scientist’s Search for the Common Ground between God and Evolution”. Like Michael Behe, a biochemist and vocal intelligent design proponent, Miller is Catholic. But he takes a different approach to God and evolution than Behe does in his “Darwin’s Black Box”. Where Behe argues gaps in the evolutionary record are proof of a divine engineer, Miller chooses instead to focus on the mechanics of evolution. Explaining that evolution is a natural process — like those that govern the stars and the tides — and that evolution, itself, can be proof of a higher power.

“If you see the workings of nature as the handy work, the providential plan of a loving and gracious God then evolution, which really is a natural process fits into that neatly and, I think, quite beautifully. And therefore, the idea of what evolution does is not to diminish the role of God for a person of faith but to expand it.”

Miller, who spends a lot of time traveling the country talking about religion and evolution, doesn’t really understand why some get so upset over the idea of common ancestry. Biologists think all living beings are descended from single celled life forms that developed in a kind of organic stew on earth billions of years ago. For Miller that’s not all that different from what the Bible says…

There are a growing number of religious scientists who, like Miller, are openly talking about their belief in God and their understanding that evolution is how we got here. But scientists aren’t the only ones trying to bring God and Darwin together.

“This building was built in 1888 it has been, it has been changed several times since then. The baptismal font was carved for the church as a memorial gift by Guiseppe Moretti, who did, of course, Vulcan.”

The First Presbyterian Church is a simple, brick building with dark wood and large stained glass windows. It was one of the first churches in downtown Birmingham. Interim Pastor Reverend John Bush beams when talking about the place.

“If I were twenty years younger and not so thoroughly retired I would love to stay here for twenty years.”

First Presbyterian was slated to take part in what’s called “Darwin Sunday” in 2006. The same Sunday each year preachers all over the country give a sermon on, of all things, evolution. Reverend Bush was ready to give the sermon last year but had to pull out at the last minute because of a congregation emergency.

“From our theological perspective, there’s not a fundamental contradiction between science and religion. John Calvin, who is kind of our theological mentor was very insistent about the fact that God is the God of all truth and there are many sources of truth.”

This year only one Alabama church, First Christian up in Anniston, was slated to take part in “Darwin Sunday”. Bush says he thinks his church, Anniston’s First Christian and others like them have an important role to play in the debate over God and Darwin here in Dixie.

“What we have heard, primarily, from the religious community have been the more radical side of the discussion and they tend to be much more vocal and those of us who have the perspective I have tended not to get into the conflict too much but I think we can play a kind of reconciling role at least in regard to some elements of the religious community and some elements of the scientific community.”

And that might be a role Charles Darwin would be happy to see them step into. Even though Darwin came up with the theory of evolution — and has become demonized by many who feel threatened by his work — he wasn’t an all or nothing kind of guy. Darwin was concerned with the how we got here … how species differentiated, how they branched out. And while he may have tackled the biological “why” he didn’t go anywhere near the philosophical “why”. In fact, Darwin never ruled out the possibility of a higher power at all, at no time did he ever say the two — evolution and God — couldn’t coexist. He wrote this at the end of “The Origin of Species”.

There is grandeur in this view of life, with its several powers, having been originally breathed into a few forms or into one; and that, whilst this planet has gone cycling on according to the fixed law of gravity, from so simple a beginning endless forms most beautiful and most wonderful have been, and are being, evolved.

It’s a bit of writing that many would like to see more people, on either side of the evolution debate, take to heart.