What came together to make a deadly Alabama tornado 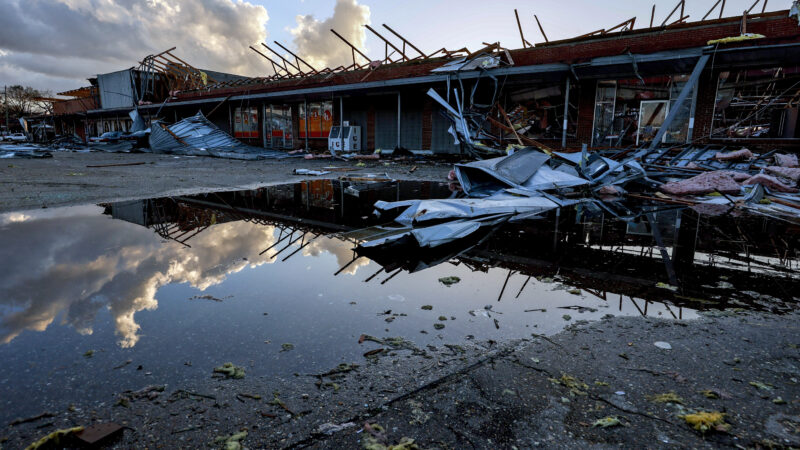 The roof of a local businesses is strewn about after a tornado passed through Selma, Ala., Thursday, Jan. 12, 2023.

And it may be the start of a bad tornado year, one expert worries.

Gensini said his concern is mostly based on historic patterns and changes in atmospheric conditions that happen when a La Nina, which is a natural cooling of parts of the Pacific that changes weather worldwide, dissipates like it is forecast to do in a few months.

For tornadoes to form, two big ingredients are needed that often aren’t at high enough levels at the same time: wet stormy instability and wind shear, which is a difference in wind speeds and directions at different altitudes.

At this time of year, “shear is a guarantee,” said Harold Brooks, a senior scientist at the National Oceanic and Atmospheric Administration’s National Severe Storms Laboratory. “What happens is when you get moisture you can have a (storm) system. That is the ingredient that is usually missing this time of year.”

The cold front was following a classic waviness in the jet stream — the atmospheric rivers that move weather systems — seen in La Nina winters, Gensini said. La Nina winters tend to produce more tornadoes, and NOAA this week said preliminary numbers show 1,331 tornadoes in 2022, which was a La Nina year, 9% more than average.

“If you’re going to get tornadoes in January, this is the type of setup that’s going to produce them,” Gensini said.

Still, without moisture there are no tornadoes.

Measurements of moisture in the Alabama air were about twice as high as they should be this time of year and more like May in Tornado Alley, an area stretching from Texas to South Dakota known for being prone to twisters, Gensini said. That’s more than enough for a tornado.

The warm moist air is from the Gulf of Mexico and he said, “that’s a climate change signal.”

Gensini pointed to NOAA measurements of water temperature throughout the Gulf on a computer screen and said: “Look at that number. 70 (21 degrees Celsius). 70. 70. That is ridiculous. That’s way above average” for this time of year. That nearby warm water juiced up the air.

“This is very much a La Nina type of system that you’d expect but is being augmented by abnormally warm Gulf of Mexico sea surface temperatures,” Gensini said.

The warm humid air hits the cold front and goes up like a ramp and the mixing that creates tornadoes begin, Gensini said.

Over the past few decades, a new pattern of tornado activity has emerged.

There are fewer tornadoes in Tornado Alley and more of them east of the Mississippi River in the Southeast, a 2018 study by Gensini and Brooks found.

Tornado activity is increasing most in Mississippi, Arkansas, Tennessee, Louisiana, Alabama, Kentucky, Missouri, Illinois, Indiana, Wisconsin, Iowa and parts of Ohio and Michigan. The biggest drop in number of tornadoes is in Texas, but even with the decline, Texas still gets the most tornadoes of any state.

Gensini said his lab is working this summer to try to figure out why that is.

A nasty side effect of tornadoes moving further east is that they are moving from less populated areas to more crowded ones, Brooks and Gensini said.

In Tornado Alley, a tornado can go for miles and miles and not hit anything and anyone and thus not be an issue, Brooks said. But that’s not really the case in the East. People and buildings are in the way.

And the people in the way are more vulnerable.

“There’s more poverty in the Southeast, there’s a greater mobile home population” which is one of the most dangerous places to be in a tornado, Brooks said.

Also because of storm tracks, or the routes storms follow due to wind and weather conditions, the further east tornadoes hit, the more likely they are to hit later in the day and even at night, when people are sleeping or not listening for warnings, Gensini said.