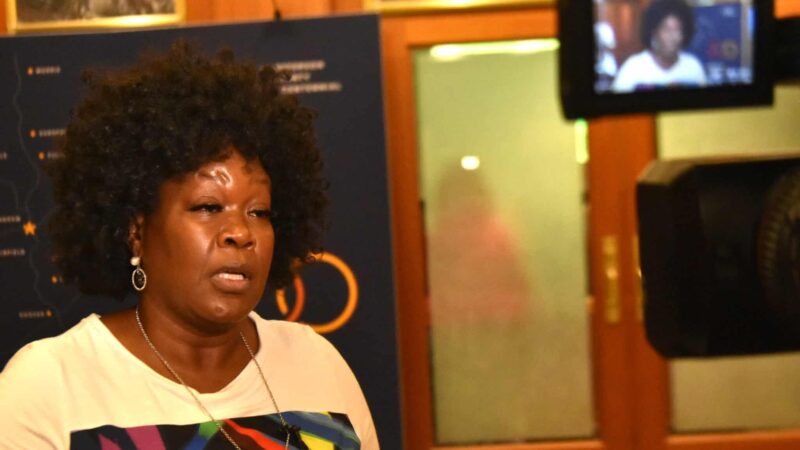 Commissioner Sheila Tyson cast the single vote against offering an addition $4 million to offset a roughly $15 million deficit by The World Games.

Sheila Tyson was determined to take her stand, even if she stood alone.

The Jefferson County Commission Thursday approved allotting an additional $4 million to help offset the deficit incurred by organizers of The World Games. The matter passed on a 4-1 vote with Tyson casting the dissenting vote.

The District 2 commissioner said there was too much information that had not been made available to the commission or citizens.

Tyson said citizens of the county are dealing with challenges that include inflation and high gas prices.

“In order for us to have a prosperous county we’ve got to have revenue coming in to help our citizens,” she said. “Every dime we get, we have to make it count.

“I would not be speaking on this because I really wanted to just keep it quiet,” Tyson continued. “But when a commissioner can boost it up and make it seem like it’s the best thing since hotdogs … that’s a lie. You’re not going to make it seem like what we did was so great and by me voting now before we know what I did was down hill. It was not right.”

Joe Knight, the commission’s liaison to The World Games and the chairman of its finance committee, thanked his fellow commissioners for addressing the deficit.

“And I want to thank our county manager and our legal team for helping us find that pathway in a very tough situation and doing that without having the adverse effects, as we’ve already discussed, on the citizens,” Knight said.

Chief Financial Officer Angela Dixon, at the urging of Commissioner Lashunda Scales, said the added funds allotted to The World Games did not take away from services to which citizens are entitled.

“It is what it is,” Scales said. “People have provided a service and they need to be paid. But I will say this going forward – and I’m saying this for the record – folks are gonna have to watch their budget. And just like we do here at the county, if you exceed your budget you’ll be on your own. I’m making that very clear.”

The $4 million that went toward The World Games deficit came from American Rescue Plan Act dollars. Like the $2.5 million previously allotted to The World Games, this money was OK’d because it was designated for helping to offset tourism shortfalls brought on by the pandemic.

Tyson disagreed with that use.

“There is a separate federal program called ERAP (Emergency Rental Assistance Program),” he said. “The original amount in ERAP was $13.5 million and then we’ve gotten an additional ERAP2 for about $17million. We have about $30 million for rental assistance and we feel good about that.”