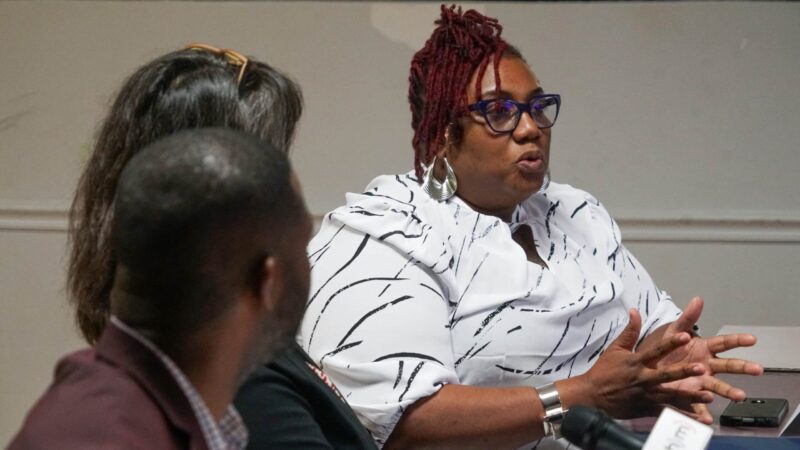 Kimber Washington explains how Birmingham's guaranteed income pilot program has made a difference to her.

Sixty percent of all households with children in Birmingham are led by single mothers.

That’s one factor when it comes to addressing the inequalities working women face. The U.S. Department of Labor’s Women’s Bureau director Wendy Chun-Hoon met with Birmingham city leaders and community advocates during a visit to the Magic City on Wednesday to discuss the benefits of addressing inequalities for women in the workforce.

The program is giving 110 single mothers $375 dollars every month — most, if not all of them, are Black women.

“What is the cost that women are very concentrated in some of the lowest paying jobs in our economy and not enough access to the higher paying jobs? The cost to Black women in Alabama is $1.3 billion in one year,” Chun-Hoon said.

One of the women participating in the guaranteed income pilot program is Kimber Washington. She previously lived in Birmingham’s public housing and later purchased a home in the Central Park neighborhood.

“A lot of times my children stay at home by themselves. They watch themselves because I’m having to work. I’m working six, seven days a week. Even though my home is paid for, I have student loans. I have a car, homeowner’s insurance. I have car insurance, maintenance, medical insurance, doctor bills. My health is fairly well, but I do have some underlying health issues,”  Washington said.

She said the program has been very instrumental in giving her a little wiggle room in her budget.

“I know it may seem small, but Captain D’s or Chick-Fil-A, that is a big deal for my family. So I’ve been able to do that. Also, entering into this upcoming school year, I have the flexibility to go ahead and get school clothes. It just makes a difference all the way around,”  Washington said.

Embrace Mothers is a partnership with Mayors for a Guaranteed Income (MGI), a network of mayors advocating for guaranteed income policies. The city received a $500,000 grant to execute the pilot program. Birmingham Mayor Randall Woodfin is a supporter of the idea.

“A child won’t know the struggles that their mother is experiencing having to choose between buying that outfit for the first day of school or paying that certain utility bill,”  Woodfin said.

The program is set to end in February 2023. Next steps have not been publicly discussed.