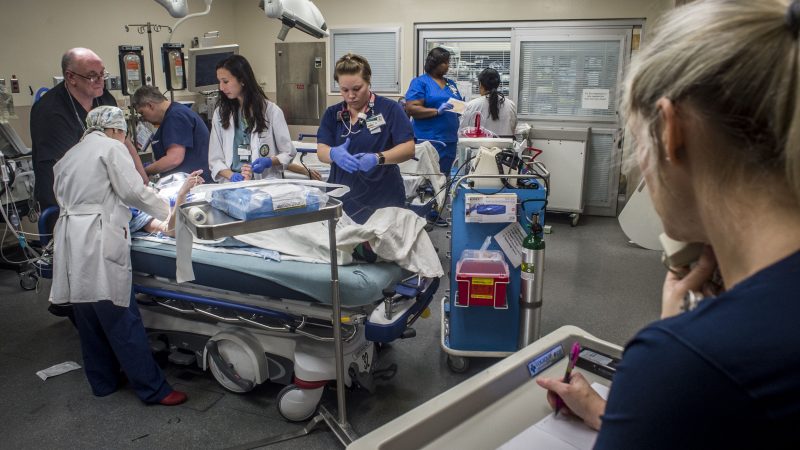 UAB Emergency Department staff working on patients in the trauma bay of the Emergency Room, 2017.

When a patient arrives at UAB Hospital’s trauma bay with a gunshot wound, doctors and nurses descend upon the scene like a well-trained NASCAR pit crew. Every second counts during the race against the clock to evaluate, stabilize and resuscitate the injured.

For patients, the experience of getting shot is emotional and unexpected, but the trauma department has to be prepared, especially these days.

Trauma volume at UAB Hospital has been increasing for years, and not just gunshot wounds, but all injuries, including car accidents and falls.

To handle the demand, unit leaders now keep two trauma surgeons on-call in the hospital 24/7 and they hired additional nurses and fellows.

Clinicians also want to reverse the increase in gun violence.

With 40 of these types of programs around the country, HVIPs connect gunshot survivors with community mentors while they are still in the hospital. Mentors help patients readjust to life after injury, linking them to resources like job placement, education and follow-up care.

Carrea Dye, an epidemiological analyst with the Jefferson County Department of Health (JCDH), is spearheading the effort to plan and implement the program in Birmingham. She said gun violence is like a disease.

“It’s preventable,” Dye said. “And in public health, one of our primary goals is to prevent disease.”

People who survive gunshot wounds are at higher risk than the general public to get injured again and die from their injuries. They are also more likely to participate in violence.

The idea behind an HVIP is to break that cycle and offer a more comprehensive approach to treating survivors of gun violence.

“They’ve experienced this trauma and they’re in their most vulnerable state,” Dye said. “And you kind of want to meet them there.”

JCDH officials contracted with a national advocacy group, the Health Alliance for Violence Intervention, to help guide initial development of the program. The county agreed to fund the first year, pending approval by the department’s board. They hope to begin hiring staff and launch the HVIP within the next year.

The goal is to help gunshot survivors like Quincey Sanders. He was seriously injured 18 years ago when a bullet struck him in the face, entering through the side of his nose and ricocheting out near his jaw. 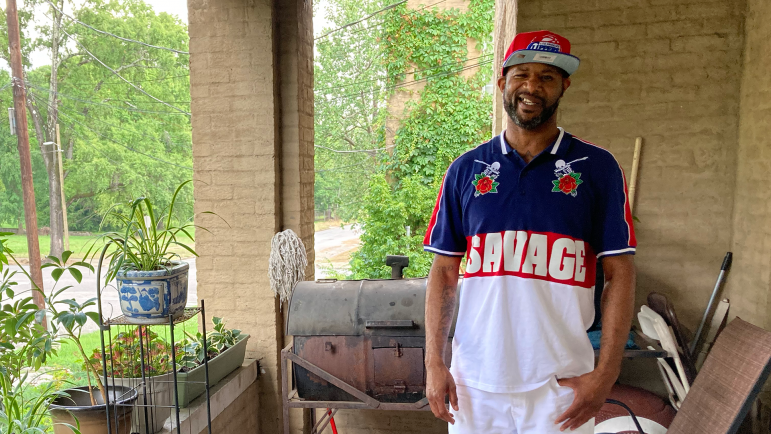 Sanders spent two months in the hospital recovering. Back then, he was around a lot of guns and drugs, and he said it was hard to break away from that lifestyle.

Sanders was eventually arrested for selling drugs. He went to prison and was released a few weeks ago.

Now he is taking classes and preparing to start a new job. It took years, but Sanders said he is on a better path. Having the support of an intervention program might have helped him get there sooner.

Officials hope having one in the future will make the way easier for other survivors.