Remembering the April 27, 2011 Tornadoes From Those Who Lived It 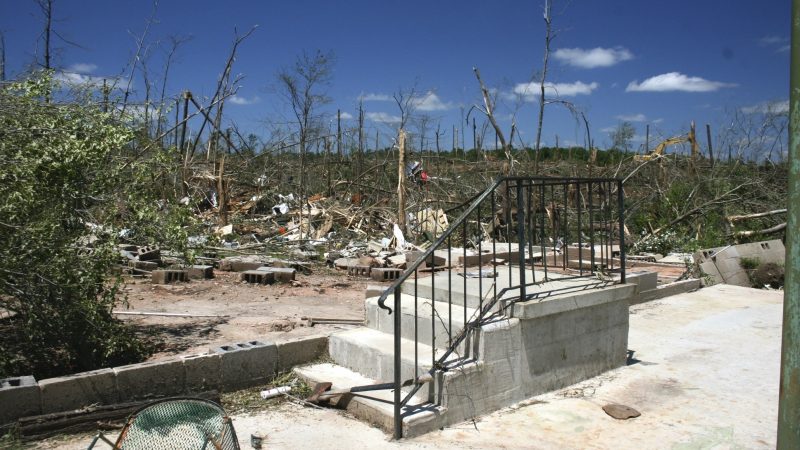 All that remains from a home in Eclectic, Ala., are concrete stairs after a tornado blew through on April 27, 2011

Many people who survived the deadly tornado outbreak 10 years ago can recall exactly where they were and what they were doing. As part of our coverage of the 10th anniversary of the deadly April 27, 2011, tornados, we hear from three people who take us through that day. 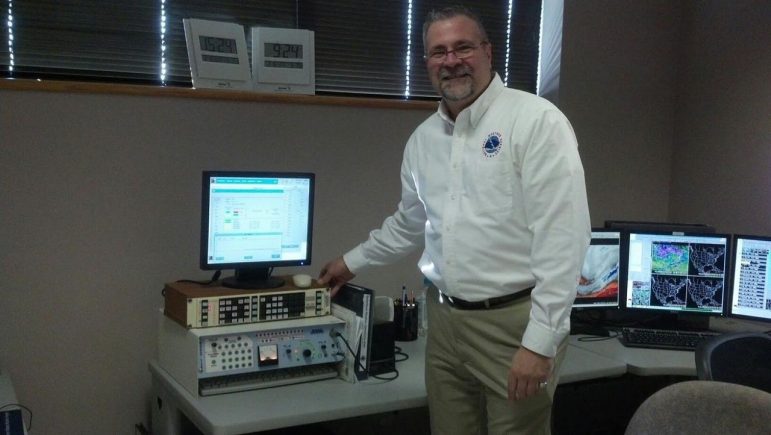 Jim Stefkovich was very unsettled. All the forecasts were lining up to show a powerful tornado outbreak not seen in a generation.

“About April 25, I literally was sick to my stomach thinking this is going to be really, really bad,” Stefkovich said, who was then the meteorologist-in-charge at the National Weather Service office in Birmingham. He’s now the state meteorologist with the Alabama Emergency Management Agency.

The first tornado warnings came early that morning with storms that proved more powerful than he expected. Stefkovich worked from home doing media interviews before he arrived at the office early in the afternoon. It was a busy scene with weather staffers monitoring conditions, answering phone calls and making decisions around warnings. The worst of the day came in the late afternoon into the evening.

“My most vivid memory is when we saw the sky cam and seeing that three-quarter-mile-wide wedge going through Tuscaloosa, at that point, we knew people were dying,” Stefkovich said. “It almost became surreal.”

A few staffers had to leave the room because they became overwhelmed emotionally, but they returned after a few minutes and returned to work. The weather service office itself was under threat during the outbreak. Employees had to retreat to a shelter and turn over operations to the Atlanta office. They returned after about 15 minutes once the storm passed.

The severe storms didn’t subside until close to midnight. After a high-stress, adrenaline-filled day, Stefkovich could feel good knowing some people headed the warnings and survived. It was also heartbreaking.

“You’re thinking about all the people that have lost homes and loved ones and the first responders now who are out there rescuing people and searching for folks,” Stefkovich said. “[You’re] thinking ‘Wow, this really just did happen.’ It’s going to be a long time for folks to recover.” 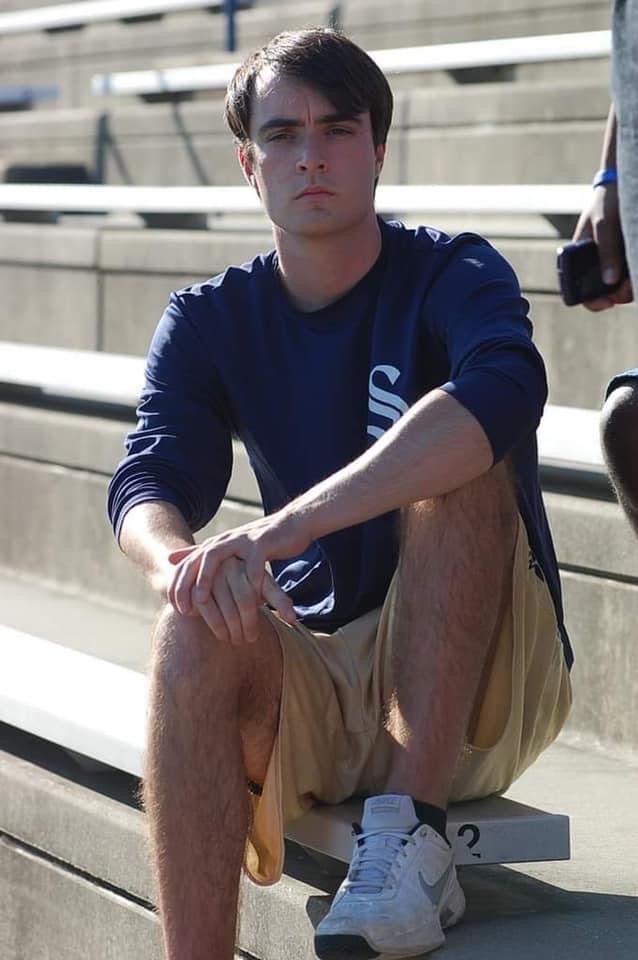 Will Stevens was going to come home. In April 2011, he was set to graduate college with an aim to coach baseball at his alma mater, Priceville High School.

“I had a lady tell me he was one of the coolest and chill people she had ever met,” said Jean Stevens, Will’s mother.

Will was quiet, but funny, according to his mother. He would make up play-by-play in the dugout that would draw laughs from his teammates. Always helpful, he grew up on a farm in Somerville. The left-handed pitcher won a scholarship to play baseball for Stillman College, the historically black college in Tuscaloosa.

Most afternoons, Will would often call his mother after she got off of work. April 27 was no different. They spoke about the weather given the warnings of severe storms. Will said he was going to turn in his final college paper. She asked him to come home since he was so close to finishing, but Will explained he had other things to do. He wanted to go to some friends’ house, hang out and do laundry.

Stevens can’t remember how she found out a tornado had plowed through Tuscaloosa that day, but by dinner time she and her husband felt they needed to call Will. They called and called with no answer. They later found out through an acquaintance the friends’ house Will went to suffered damage. It was getting late, but Jean Stevens insisted on going to Tuscaloosa.

She and her husband took off with a quarter of a tank of gas in her Chevy Tahoe, making it to Bessemer before stopping. They saw few lights along the way as the tornadoes left hundreds of thousands of homes and stores without power.

“We got to Tuscaloosa and it looked like a bomb had gone off all over the town,” she said. “It was horrible. There were power lines down, trees down.”

They eventually found the neighborhood where Will had been with his friends. They parked at the end of the street and began walking. They crossed paths with an investigator who showed them some pictures.

It was Will. He and two friends died when the house collapsed.

“I just dropped to my knees. I couldn’t even cry,” Stevens said. ”I just remember sitting on the grass … tears just wouldn’t come out. I guess I was in such shock.”

Will Stevens was 22 years old, 10 days away from graduating from college.

The family delayed Will’s funeral as to not hold it on the same day as his grandfather’s birthday, who was close to Will. Jean says Will and his younger sister, who was in high school at the time, were beginning to get past their sibling fights and bond. They created a scholarship fund in Will’s memory.

“Grief is hard,” Stevens said. “There’s no checklist to go through and be done with it. People who say it gets easier, in my opinion, they’ve never experienced anything like this.” 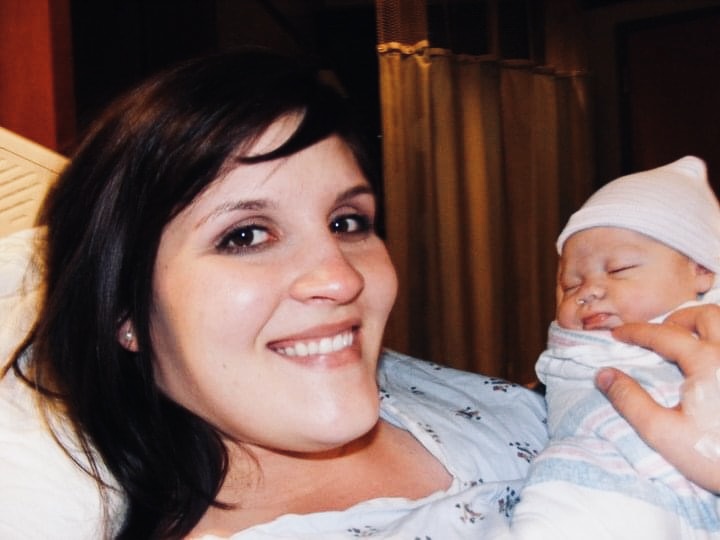 Life was about to change for Brittney Brooks. The Tuscaloosa native was nine months pregnant with her first child and doctors were concerned about how big the baby was measuring. So they scheduled an induction for April 27, 2011.

“Little did I know what type of morning that was going to end up being,” Brooks said.

When Brooks and her husband, who lived in McCalla at the time, left for UAB Hospital in Birmingham, they could already see trees blown over from the day’s first round of storms. Once at the hospital, nurses began to prepare Brooks for delivery while the weather churned in the background. Brooks knew tornadoes were expected because her father was an avid viewer of local TV meteorologist James Spann. The television was on in the room throughout the day. Brooks watched as the deadly tornado plowed through Tuscaloosa.

“[When we] saw that tornado just ravaging our hometown, I still to this day get chills. I have no words to comprehend what I was watching, “Brooks said.

That set off a scramble to contact relatives in Tuscaloosa. Fortunately, all were ok. But the tornado continued toward Birmingham.

“All of the sudden we started seeing newspapers from Tuscaloosa being blown up to our window,” Brooks said.

Hospital staff pulled laboring women into the hallway. That’s when things got “real,” Brooks said. She was scared and numb, caught between the pain of childbirth and feeling as though the tornado was now coming after her. Doctors jumped from woman to woman checking their progress. The air filled with the sounds of mothers screaming and babies crying out with their first breaths.

“It was havoc,” Brooks said.

Brooks very nearly had her son in the hallway. The storms passed and she was let back into a room just in time to deliver Jace. At almost 11 pounds and 24 inches long with a think head of black hair, the doctor congratulated Brooks on her “toddler.”

She called it a “miracle” in a day otherwise filled with tragedy.

“I said ‘You came in on a whirlwind, literally.’ He is so full of fire and so full of energy and spunk,” Brooks said. “He’ll even go up to people and tell them, ‘I was born during a tornado.’”

When she left the hospital, Brooks asked her husband to drive through Tuscaloosa. She was astounded to see landmarks such as Coleman Coliseum and DCH Regional Medical Center visible from the interstate overpass since the tornado leveled entire neighborhoods. The anniversary is still surreal.

“I have no words for the people who did lose loved ones and lost their homes, lost everything that meant the world to them,” Brooks said. “I want them to know that our hearts continue to go out to them and will always go out to them.”