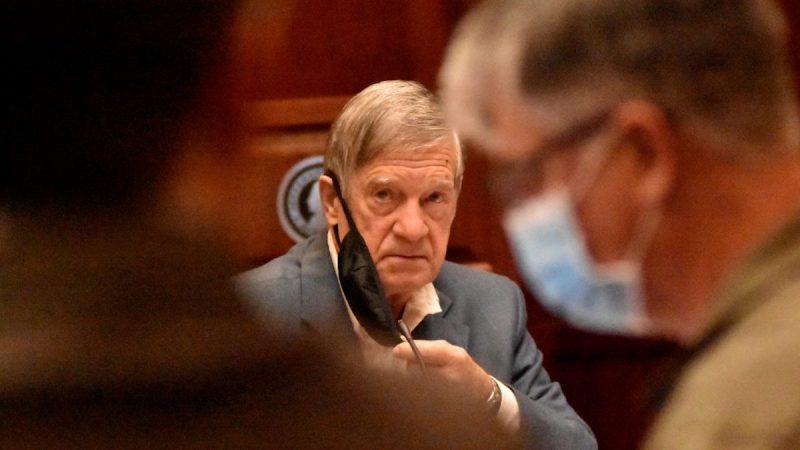 During their committee meeting, Commission President Jimmie Stephens offered a proposal to hire 12 laborers to pick up trash along county roads. That dozen will also aid, as needed, in clean up from the tornado that recently struck Fultondale and Center Point.

The proposal, which will be on the agenda of Thursday’s commission meeting, will cover the remainder of the fiscal year.

“I’ve been a proponent of that for years now,” Stephens said after the meeting. “That’s one of the functions that we should have in our government.”

The commission president said the county was using prisoners to clean roadsides. The COVID-19 crisis brought that practice to a halt.

“We just had to get the laborers to come get that done,” he said. “Our roads are ridiculous. It’s terrible.”

Commissioner Lashunda Scales spoke in favor of the action but wondered about the funds needed to pay the temporary workers. County CFO Angela Dixon said there are several possible sources for those funds, including drawing from the $1 million catastrophe fund in the 2021 budget.

Dixon said Cares Act money has allowed the county to get by without tapping those resources.

Stephens said debris pickup from the recent storm will be an early task, but the primary task of the temp workers is to pick up the debris from the people “just throwing stuff out on sides of the road.”

“There’s going to be crews for each district,” he said. “They will come out and they will have a circuit to which to go through every day to do that. Right now, the priority will be storm debris, and we want to get the storm debris up.”

Stephens said the Roads and Transportation Department was short on laborers to do the roadside work. He acknowledged that the removal of storm debris requires brush and limb trucks; temp workers will supplement that effort.

“These folks will be able to move the brush back and cut around our traffic control, our stop signs and make sure that the intersections are safe, to knock back (brush) so people will have [a] clear line of sight at the intersections,” Stephens said, “and also pick up the trash and the garbage that people throw out.”

Deputy County Manager Cal Markert said the county has spent half a million dollars on storm cleanup. That includes labor, equipment and the cost to haul debris to the landfill, he said.

“We’re expecting us, Fultondale, Center Point, together – a very, very crude estimate – [to spend] around $5 million total,” he said. “That’s kind of what we’re looking at.”

The committee meeting began with a presentation by David A. Russell Jr. and Mike Swinson of the Birmingham-Jefferson County Port Authority. The pair talked about efforts to improve the authority, including using a grant from the Alabama Department of Economic and Community Affairs to build a warehouse.

“It’ll basically be with [a transportation company called] Watco, and the port will build the building that Watco can store their goods in that they’re transferring either in or out,” said Steve Ammons, who chairs the commission’s development committee. “Watco will pay the Port Authority a lease rate for use of that facility.”

Ammons called what was presented today “a good step,” acknowledging that it has been years since positive steps were taken by the port authority.

“The port has a strategic plan that they’re trying to follow,” he said. “It’s been there for a long time, but how can we turn that into an asset for the city and the county?”

In another matter, commissioners moved to Thursday’s agenda consideration of an application by C&D Landfill of Mount Olive to form Hilltop Recycling Landfill.

“It’ll be a vote up or down,” Ammons said. “It’s the application that would allow it to go to the state for ADEM (Alabama Department of Environmental Management) to approve it or not. It either goes or stops at the meeting on Thursday.”