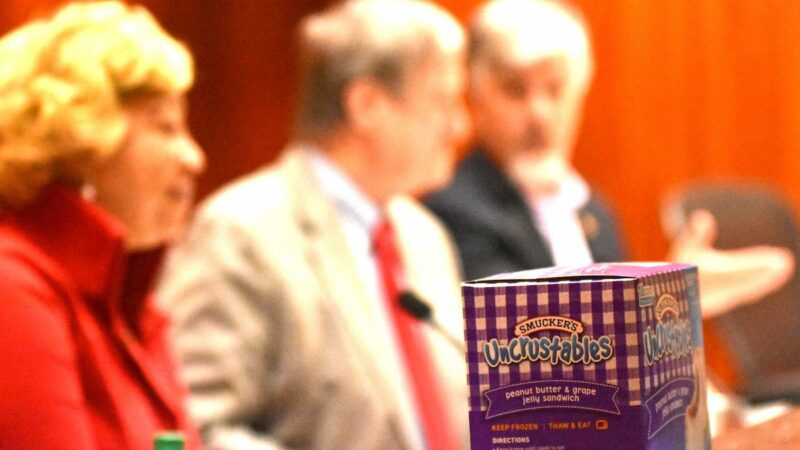 Smuckers will be investing $1.1 billion in a development in McCalla to make its Uncrustables product.

The Jefferson County Commission announced Thursday the largest economic development project in the history of the region.

J.M. Smucker Co. will build a manufacturing facility in McCalla at the Jefferson Metropolitan Industrial Park to support its growing Smucker’s Uncrustables line. The $1.1 billion capital investment will bring 750 high-wage jobs to the community.

The development will be about 1½ miles from the Jefferson-Tuscaloosa counties line on old U.S. 11 between exits 100 and 104 of Interstate 20/59. Smucker’s project manager Brad Borkowski said excavation will begin on Nov. 29, and the first sellable products are to roll out in May 2024.

The McCalla plant will be one of three the company has producing Uncrustables, a fruit and peanut butter pocket pastry.

“Smucker’s is coming to Jefferson County,” Commissioner Steve Ammons said in the announcement. “Now I can tell you it’s a sweet deal.”

As Ammons made the announcement, he and his fellow commissioners each pulled out a box of Uncrustables and set it on the dais.

“Of course, those operations have grown significantly since then, obviously. But for the original announcement, a billion dollars is the largest — and this $1.1 billion — the largest in the history of Jefferson County as an initial investment,” vonCannon said. “The best thing that I have about my job is … if we’re successful, and we do really good, we’re going to put people in Jefferson County and the surrounding area with opportunities to take care of their families. With jobs like this, this is what it’s really all about. This is absolutely a pleasure and it’s a true honor to welcome a great company like Smucker’s to Jefferson County.”

Ammons cited the input of several partners in making the deal a reality. He had special praise for the previous Jefferson County Commission — composed of current commissioners Jimmie Stephens and Joe Knight, and former commissioners David Carrington, George Bowman and Sandra Little Brown — in having the forethought to work with JCIDA to acquire the property.

“We appreciate the confidence that you have in Jefferson County,” said Stephens, the commission president. “A $1.1 billion capitalization investment says a great deal of your confidence and we will not let you down.”

Jefferson County used an incentive package to help lure the international company. Ammons said the project includes a tiered job incentive in which the company must provide more than 50 jobs.

The agreement also will include a limit on the county’s building permit fee, which amounts to about a $2 million incentive, Ammons said.

“We’ll cap our building permit at $1 million and they’ll provide 750 jobs and purchase land from the JCIDA at the JeffMet McCalla Park,” he said.

The chair of the commission’s economic development committee said Jefferson County is still the economic engine of the state.

“We grew at 2.2% in our population, but we’re still the economic engine of the state,” Ammons said. “We still have a GDP that’s greater than the combined GDPs of Madison County, Montgomery County and Mobile County. We’re still that and we’re going to be better. I don’t want to put too much of a teaser out there but with the projects that we have in mind, this is only the beginning.”

The JM Smucker’s company was created in 1897 in Orrville, Ohio. Ammons and others said having a successful company that’s more than 100 years old come to the area should bolster the ability to recruit other companies.

“Everybody recognizes Smucker’s and their brand,” Ammons said. “It gives you a level of competency and capacity for them to recognize that this is a place that we can come and do business. It gives the county immediate credibility as a place that you can come and do well because that company’s been around for long enough and has made solid decisions. That’s why they’re still around. It’s immediate credibility, I think, for the county.”

Stephens was asked about the transformation that’s happened in Jefferson County since he and Knight took office.

“We were embarrassed and ashamed of what Jefferson County had become. We [made a] pledge along with the previous commission and now it’s carried over to this commission that we’re going to work together and we’re going to improve the quality of life in Jefferson County,” he said. “We had a list of things to do, and we’ve checked them off,” Stephens continued. “Everything from consent decree to bankruptcy and we’ve done it all and we continue. Like I said, we’ve just begun.”