Governor Shuts Down Extra Help For The Unemployed, Says Workers Needed To Invigorate The Economy 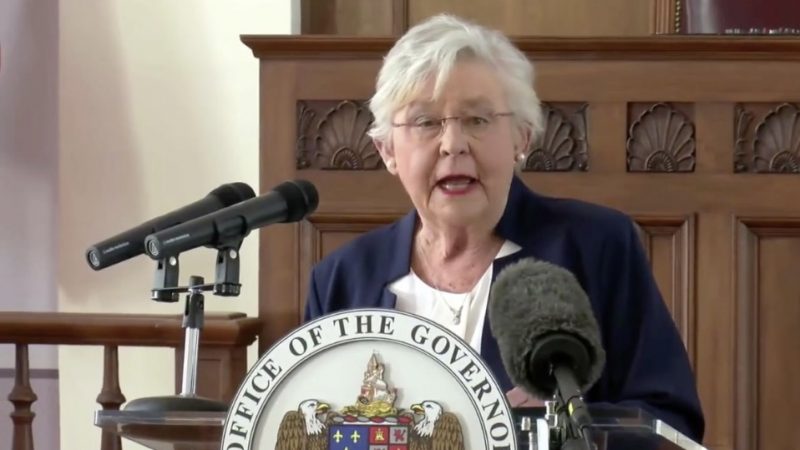 “As Alabama’s economy continues its recovery, we are hearing from more and more business owners and employers that it is increasingly difficult to find workers to fill available jobs, even though job openings are abundant,” Ivey said in a press statement.

Ivey said increased unemployment assistance was meant to be short-term help for people who couldn’t work during shutdowns related to the pandemic. But now, she believes the assistance is contributing to a labor shortage she said “is compromising the continuation of our economic recovery.”

The governor said Alabama has an unemployment rate of 3.8%, which she said is the lowest in the Southeast and less than the national average.

“Our Department of Labor is reporting that there are more available jobs now than prior to the pandemic. Jobs are out there,” she continued. “We have announced the end date of our state of emergency, there are no industry shutdowns, and daycares are operating with no restrictions. Vaccinations are available for all adults. Alabama is giving the federal government our 30-day notice that it’s time to get back to work.”

Alabama Department of Labor Secretary Fitzgerald Washington said the state has more posted job ads now than it did a year ago.

“Ads for workers in the leisure and hospitality industry are up by 73%,” he said. “Overall, ads are up by nearly 40%. There are plenty of opportunities available in multiple industries in Alabama.”

The pandemic-related unemployment programs in which Alabama will no longer participate are:

ADOL has reinstated the requirement that anyone collecting unemployment show they also are searching for a job. That rule had been waived temporarily.

“It’s the same class of policy mistakes that we tend to see out of the state government that is just straight up anti-worker, without consideration of any other steps that could be taken to actually help both the business community and working Alabamians,” said Dev Wakeley, a policy analyst with Alabama Arise.

He estimated that the governor’s action will take $6.2 million per week out of the pockets of Alabama families no longer getting unemployment compensation, which will take it out of circulation in the state’s economy.

“That alone is going to have a significant effect, a significant negative effect on the economy,” he said. “[That] $6.2 million a week over, say 13 weeks, is a lot of money.”

Wakeley said the logic behind ceasing pandemic-related unemployment benefits is based on too narrow a view of the situation. He said one reason people have remained wary about returning to work is the lack of health care for those in low-wage jobs, such as front desk clerks and workers at fast-food restaurants.

“People don’t have access to health care because they can’t afford it, and the state has flat out refused to expand Medicaid for years now,” Wakeley said.

The policy analyst said it is absurd to pretend that people who receive unemployment compensation like it or want to stay on it.

“If the state actually provided a worker-friendly — and business-friendly atmosphere, because you can do both — people would jump at those opportunities,” he said. “But the problem is a lack of opportunity and a state government that has done its best to really foreclose a lot of avenues for opportunities to be created.”