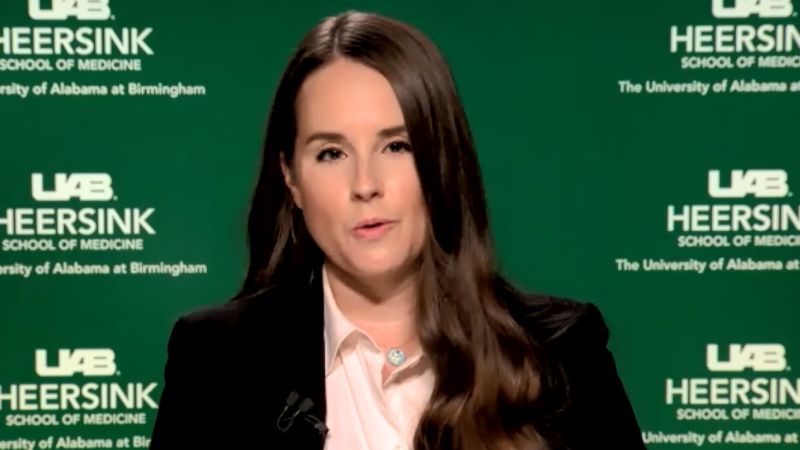 At the University of Alabama at Birmingham, clinical psychologist Megan Hays has seen many difficult emotions as the pandemic drones on. The one that stood out to her the most was anger.

“We all thought that we would be in a different place by this point in the pandemic, 18 months in, and there’s just a general frustration that this is still happening and we are still having to deal with so many losses,” Hays said in a wide-ranging chat with reporters.

She said not only did she notice people experiencing those frustrations, she also noticed that people often judge themselves for feeling those feelings.

Realize it is OK, and even useful, to be angry

It is important to acknowledge the emotion as a valid response to the situation with COVID.

“It’s something new for all of us, and it is just dragging on. Let’s just validate that anger is a normal response to that,” Hays said. “Anger often stems from thoughts that a situation is unfair. And there is a lot about this pandemic that feels unfair.”

Learn to respond to anger, not react

It’s best not to bottle up anger. That can lead to a pressure cooker-like effect where the anger builds up until it is released in unexpected or aggressive ways.

“You try to release all that steam at once or to hold it all in the pressure cooker. Rather, let’s turn down the heat a little bit,” Hays said.

Some ways to do that are breathing exercises, yoga, or meditation.

Don’t dwell on it

After you’ve acknowledged the anger, it’s time to stop ruminating on the incident, news article, social media post or conversation that caused those feelings.

Information overload from social media and “doomscrolling” can also make things worse. Hays suggested when logging onto social media, to have a set purpose of what you want to get out of it.

“[People are] looking for news headlines that confirm already their worst fears and how things are just really bad and getting worse. Look for instead evidence that things could be getting better,” she said.

Radical acceptance is the habit of accepting that there are things that are out of your control, especially when it comes to the pandemic. Hays said we can ultimately feel worse when we spend too much time thinking that things shouldn’t be the way they are.

“Acceptance does not mean that you’re just holding up your hands in resignation, saying, ‘I’m giving up.’ It doesn’t mean that you’re agreeing with the situation. It’s just saying that you’re choosing to accept what’s out of your control,” she said.

Tell your friends and family how you’re feeling

Telling friends and family how you’re feeling is a proven method of dealing with anger. However, Hays said, if you ask for support, you should be clear about the type of support you need. You should specify whether you want help solving a problem — or someone to just listen.

Hays also acknowledged the specific anger that might come out of conflict with family members this holiday season, especially those with different political opinions.

“I think there’s many different ways that people can cope with this issue,” she said. “You know, I think some people just go ahead and set the boundary right away knowing that if they’re going to be around a family member that has really different views than they do about vaccination, for instance, that that topic will simply be off the table.”

If controversial issues do come up, Hays suggests talking about them from a place of curiosity, trying to have some empathy and understanding why they have the opinions that they do.