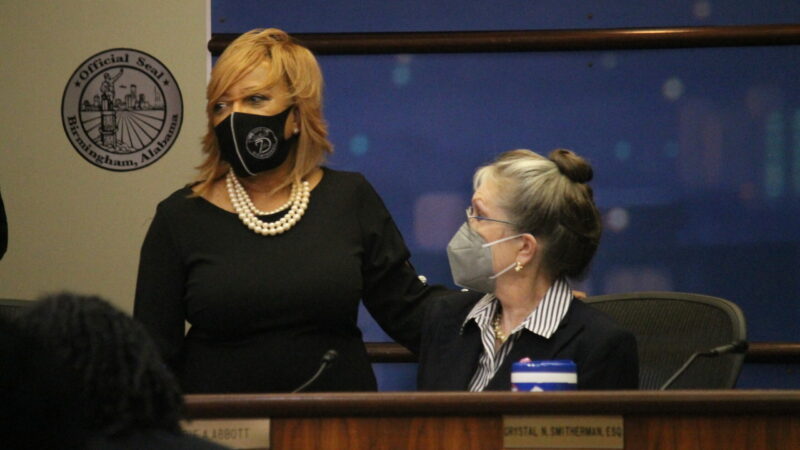 The Birmingham City Council has delayed approval of an agreement with U.S. Immigrations and Customs Enforcement that would appoint several city police officers as customs officers for ICE’s Homeland Security Investigations jurisdiction.

The 3-year deal would provide for the continuation of a previously established task force that District 2 Councilor Hunter Williams said is focused on “combating both human trafficking and large-scale narcotics operations in the city of Birmingham.”

Mayor Randall Woodfin asserted that the agreement would not result in deportations or administrative removal of any undocumented Birmingham residents.

“I have stated on a pretty consistent basis that the city of Birmingham does not have any interest in doing the federal government’s job, but there’s something more powerful than words, and that’s, like, your actions,” Woodfin said. “We’re not here to do the job of deportation.”

But the association with ICE — and the unclear wording of the ordinance — left both advocates and councilors dubious of the proposal.

Ana Delia Espino, executive director of the Alabama Coalition of Immigrant Justice, warned that the deal would be “a slap in the face” to the city’s immigrant community.

“Though there is some messaging that tells us that there is limited participation, it still doesn’t take away the fact of the repercussions, where police relationships with immigrant communities are not strong,” she said. “This is really a breakdown of the trust and the hard work that we have been doing in advocacy for the immigrant community … There is no need for our police to be trained as ICE officers in any way, shape or form because it opens the door to deepening more hurt and distrust to our relationships.”

Carlos Alemán, CEO of the Hispanic Interest Coalition of Alabama and a Homewood city councilor, argued that the language of the agreement was “problematic.”

“If it’s specifically about human trafficking or narcotics, then it should explicitly state that,” Alemán said. “Otherwise, it could be interpreted too broadly.”

Williams attempted to amend the ordinance to include the specific language Alemán suggested, but other councilors argued that they’d be more comfortable referring the item to the council’s public safety committee. The motion to delay passed unanimously.

The proposal will next appear before a public safety committee chaired by newly elected councilor LaTonya Tate, thanks to a new slate of council committee assignments approved Tuesday. Those assignments are: