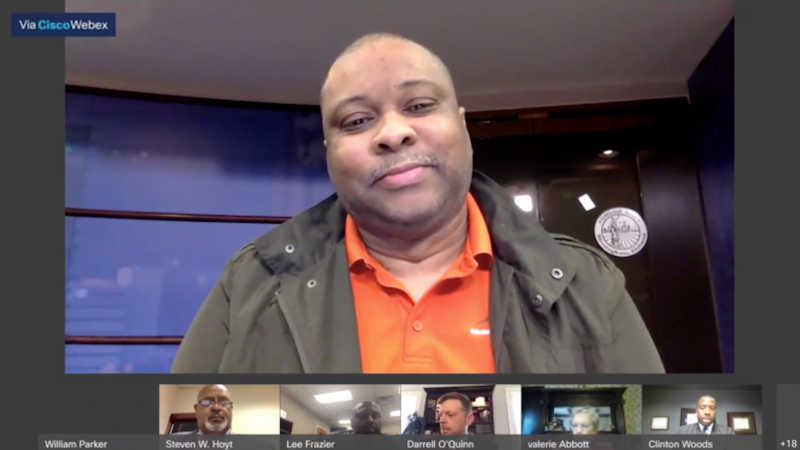 The Birmingham City Council hired its own lobbyist and legal consultant Tuesday, a move granting the council greater independence from the mayor’s office.

The council approved two $45,000 contracts during its virtual meeting — one with lobbying firm Miller Development Group and one with law firm Campbell Partners, LLC. The council cited the opacity of Mayor Randall Woodfin’s legislative agenda and the need for a “council-focused” legal consultant outside of the city’s law department, which reports to the mayor. The Mayor’s Office retains its own lobbyist.

Miller Development Group, a Montgomery-based lobbying and governmental affairs firm led by Jeff Miller, will advocate on the council’s behalf for federal stimulus relief funding, which is distributed among cities by the state government. In particular, Councilor William Parker said, efforts will focus on the Consolidated Appropriations Act’s $15 billion for live venues, movie theaters and museums nationwide.

Parker indicated that COVID relief would be the council’s only priority in Montgomery this session.

“COVID-19 is the legislative agenda,” he said. “It’s going to dominate, whether it’s testing or additional funding dollars.”

Abbott added she thought it was important that the council have its own lobbyist at the state capitol.

“We don’t have a lobbyist in Montgomery,” she said. “The mayor has one. He’s supposed to be for both of us, but obviously, if we have a different opinion from the mayor, then we have no lobbyist … And we haven’t even had the conversation yet with the mayor about our agenda. He has an agenda and we have an agenda, but the two agendas have not been melded together.”

District 2 Councilor Hunter Williams made a similar argument in favor of bringing on Campbell Partners as a legal consultant, particularly attorney Yawanna McDonald, who he said had done legal research for the council before, including last year’s ordinance restricting the inhumane tethering of animals in the city.

“I think we collectively, the nine of us, need that attorney that’s able to research things, that’s able to write legislation for us,” Williams said. “It’s nice to have someone specifically looking out for the council and writing and researching for the council, because while the law department does a great job, I think that sometimes it’s not council-focused.”

“It’s going to be up to each committee to submit (requests) to Ms. McDonald so that each committee can have her services,” he said. “I don’t want one councilor to have more access than the others.”

Both contracts met the sole opposition of District 8 Councilor Steven Hoyt, who felt he had not been duly consulted about the new retainers.

“I wouldn’t know Jeff Miller if he walked in the room,” he told Council President William Parker. “You haven’t discussed anything with me. That’s your job as president of this council.”

He similarly criticized McDonald for not calling him directly, though Williams insisted he had sent the entire council several emails.

“I’m not saying that it’s anything we don’t need, but when people get contracts like that, they need to approach the council, and it has to be more than just an email,” Hoyt said.