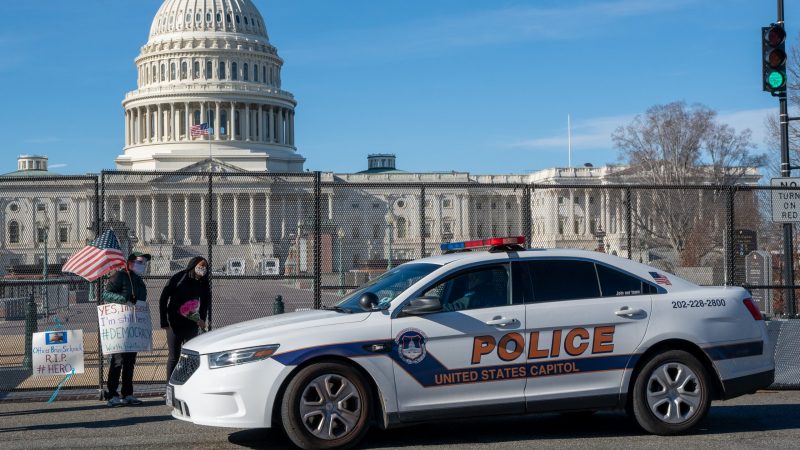 A couple stands by the U.S. Capitol with a tribute to Officer Brian Sicknick, who died during the riots on January 6, 2021.

Coffman is one of 13 people who face federal charges. Dozens of others have been charged in Superior Court with unlawful entry, firearms-related crimes and curfew violations, according to news outlets.