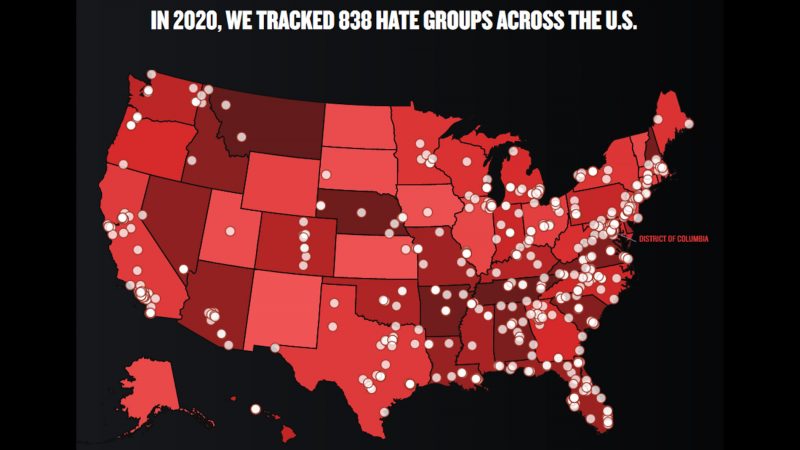 The Southern Poverty Law Center released its annual list of hate groups nationwide on Feb. 1, and while the number of groups has gone down from last year, there are still 20 Alabama groups that made the cut.

Altogether, the SPLC tracked 838 organizations defined as hate groups in 2020. SPLC classifies an organization as a hate group if it has “beliefs or practices that attack or malign an entire class of people, typically for their immutable characteristics.” As noted on the SPLC website, the organization has been taking an “annual census” of U.S. hate groups since 1990.

“The number is a barometer, albeit only one, of the level of hate activity in the country,” the website says. “The hate map, which depicts the groups’ approximate locations, is the result of a year of monitoring by analysts and researchers and is typically published every January or February. It represents activity by hate groups during the previous year.”

In Alabama groups included in the Montgomery-based SPLC’s Hate Map were:

Several of the groups seek to profit off their bigotry by selling a miscellany of hate materials from several different sectors of the white supremacist movement.”

Although the total number of hate groups went down in 2020, SPLC says that’s no indication that the amount of hate activity has decreased or that it is expected to decrease. The lower number of identifiable groups is more related to how they get their message out, the SPLC said.

“In the final year of a Trump presidency that propelled racist conspiracy theories and white nationalist ideology into the political mainstream, far-right extremists continued to migrate to online networks as the number of active hate groups declined for a second year,” according to the SPLC’s “The Year in Hate and Extremism 2020” press release. “But the levels of hate and bigotry in America have not diminished.”

SPLC points to the “proliferation of internet platforms that cater to extremists” as a major way that people “engage with potentially violent movements like QAnon and Boogaloo without being card-carrying members of a particular group. This phenomenon has blurred the boundaries of hate groups and far-right ideologies, helping coalesce a broader but more loosely affiliated movement of far-right extremists who reject the country’s democratic institutions and pluralistic society.”

Susan Corke, director of the SPLC’s Intelligence Project, said: “The insurrection at the Capitol was the culmination of years of right-wing radicalization. Most recently, it was the product of Donald Trump’s support for and encouragement of radicalized individuals and groups to buy into conspiracy theories about a ‘stolen election’ … Trump may no longer be in the White House, but the white nationalist and extremist movement he emboldened and incited to violence is not going anywhere – and may grow more dangerous to our country.”

Birmingham Divvies Up $500K In Bold Funding For Nonprofits

Nine Birmingham nonprofits will receive funding from the city’s Building Opportunities for Lasting Development grant initiative this year, despite an overall reduction in funding for the program.

Field Of Candidates For Birmingham Mayor Continues To Grow

Currently, there are six people in the race for mayor of Birmingham. The filing deadline is July 10.

The Jefferson County Commission is conducting its duties in accordance with state law, says a report from the Alabama Examiners of Public Accounts.

The city of Birmingham is sending two sets of lobbyists to Montgomery — one from Mayor Randall Woodfin’s office and one from the City Council.