The ‘Dirty Secret’ Of Wastewater Failures in Lowndes County 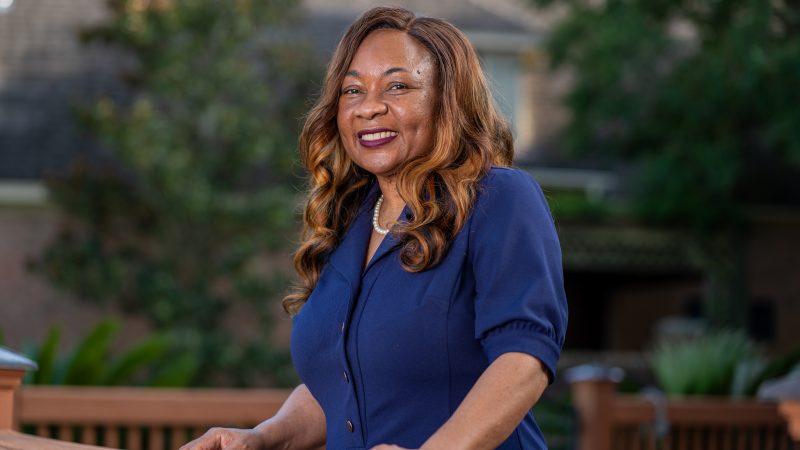 Most people flush the toilet and don’t think much about where that waste ends up. But in rural Lowndes County, where the population is largely poor and Black, many residents can see exactly where their wastewater goes. Because of inadequate infrastructure, some people resort to straight-piping, where sewage flows right out of homes to pool in their yards. Those who can afford septic systems often find waste backing up into their homes.

This leads to disease and other health problems. One study found the presence of hookworms, intestinal parasites largely eliminated in the U.S., in the central Alabama county.

Finding solutions to these problems has become the work of Lowndes County native Catherine Coleman Flowers. She writes about her journey in a new memoir, “Waste: One Woman’s Fight Against America’s Dirty Secret.”

Flowers has been an activist throughout her life, but after returning to Alabama in 2000, Flowers plunged into this world of environmental injustice. She created the Center for Rural Enterprise and Environmental Justice. In October, her work was recognized with a MacArthur “genius” grant.

Working on these wastewater issues has taken her from dusty country roads to international conferences. One tactic Flowers uses to raise awareness of the issue is “tours” of Lowndes County, often to high-profile officials, so they can see and smell the sewage problems themselves.

You write in the book about working with people you don’t agree with politically. Perhaps the biggest name is Jeff Sessions who you worked with when he was a Senator. What have you learned from working across ideological or other divides?

We both have rural backgrounds. He’s actually from Wilcox County, Alabama. He told me that the first time we had a conversation. He told me he also, at a point, grew up poor and he always wanted to do something to help, but he didn’t know what to do. I thought that he was being authentic and honest with me and we developed a relationship from that point to work together on trying to resolve this problem.

I think we have to connect on a human level. I live in a red state. I may not agree with everything that happens all the time and I may not agree with a lot of the policies and I don’t. We’ve got to find those things that we have in common and start there. Then, I think, at some point we can reach some common ground.

I think it’s important to understand that faith has been very much a part of my walk. For those of us who profess to be Christians we have to care for the poor. And if we don’t care, I don’t see how we can claim to be followers of that religion.

It seems issues around poverty and race are complex. There are a lot of factors at play, that are intractable perhaps. When we think about the issue of waste and sanitation, do you see that there are solutions that we could just pull off the shelf and implement if there were the political or social will? Or is it that we really need to puzzle through this to create a lasting solution?

To get to solutions that are long-lasting, we need to puzzle through this. In some cases, there are solutions that may be more sustainable – that for some reason the system is set up where those people that are poor can’t get access to it. There are other cases where people have paid for the prescribed solutions and they don’t work either.

So we’re going to have to puzzle through that because most of what’s available, especially in this state, is not taking into account climate change. It doesn’t take into account that we’ve been getting more rainfall.

This nation has the ability to lead. I think that Alabama could be at the forefront of that and I’ll be talking about that more in the future. But I also believe whatever solutions we come up with can be deployed globally. It’s not just an Alabama problem. It’s not just a U.S. problem. It’s a global issue that we have to address.

What do you want people to take away from the book?

I want people to understand that rural communities are very significant to who we are as Americans. We cannot ignore rural communities. Everyone, everyone should have access to water and wastewater infrastructure. No matter what moment that we’re in, there’s an opportunity to work together. If I can work together with people who have a different philosophical point of view politically, but at the same time we do believe that there is a potential way to get to solutions, we should all do that.