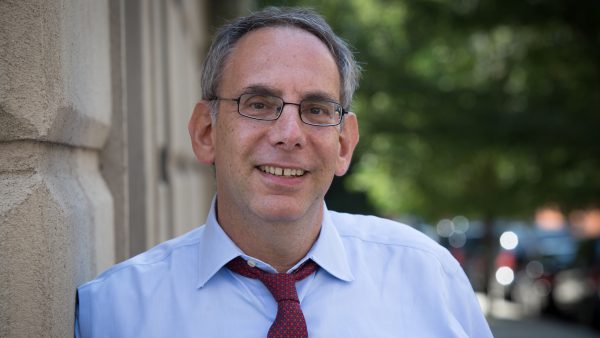 For more than 15 years, StoryCorps has provided people across the U.S. the opportunity to record and preserve the stories of their lives. Now, the organization is taking that idea to another level with One Small Step. It brings people with differing political views together with the hope of better understanding each other.  Birmingham has been a test site.  WBHM’s Janae Pierre talked with StoryCorps founder Dave Isay.

Why do StoryCorps interviews resonate with people so much?

“In many ways, StoryCorps, is like the opposite of reality TV. Nobody comes to get rich. Nobody comes to get famous. It’s just an act of generosity and love. And in this day and age when we’re surrounded by so much nonsense and B.S. that just kind of shines, you know. And I think that a lot of people talk about StoryCorps stories making them cry. And most of them aren’t sad, you know. But I think that what happens when you hear a StoryCorps piece is, as I said about the reality TV, it’s just completely authentic. There’s no other reason that people are doing this than because they love the person that they’re talking to and they love the person they’re listening to. And when you hear something that’s authentic like that, it’s almost like at this point you’re almost walking on holy ground, you know. And I think that there’s something about that that just moves people.”

What is One Small Step?

“It is a total departure for us at StoryCorps. You know, we’ve had 600,000 people who know and love each other and have this interview about your life and One Small Step is totally different. What we do is we match strangers from across the political divide and have them come to a StoryCorps booth not to talk about politics, but just to sit face to face with someone who you might not have otherwise ever gotten to meet. Someone you might have feared, someone in this political climate who you might have thought was evil or wanted dead, you know, to be perfectly honest. It’s based on something called contact theory. And it basically says that under very specific circumstances, if you bring ‘them’ together face to face, they can become ‘us.’ And, you know, if you don’t, if you if those circumstances aren’t correct, you can make things much worse. But if they are correct, something magical can happen. And we can kind of see each other again as human beings. So we’ve been testing, heads down, this new kind of StoryCorps. And, you know, the most intensive testing has happened in Birmingham. And we’re really proud to have worked with WBHM and so many people across Birmingham to test this theory about One Small Step. And we’ve learned, thanks to the people of Birmingham, that it works.”

What can we expect at the event?

“It’s an evening of hope and reconciliation and community where, you know, given the terrible state that the country’s in and the danger of us seeing each other as less than human, where we begin to just say, you know, enough. And we look at One Small Step, a lot of people who have participated in Birmingham, will be there. We’ll be playing their stories. They’re going to be there to talk about it. Other StoryCorps participants are going to be there. It’s a night of listening and of conversation and of hope. You know, this is an important week for the country, a week that will continue to divide us and in so many ways. And this is the first big One Small Step event. And it’s going to happen in Birmingham because Birmingham is our most important city. And we’re excited! There will be music and there’ll be conversation. And it takes, like everything with One Small Step, some courage for the people who are there to come up on stage who who want to speak. But it’s going to be, I think, a really amazing, powerful evening. And I’m excited to be there.”

WBHM is partnering with NPR and StoryCorps for One Small Step, a night of courageous conversation — Friday at the Alys Stephens Center. One Small Step is largely funded through a grant from the Corporation for Public Broadcasting.