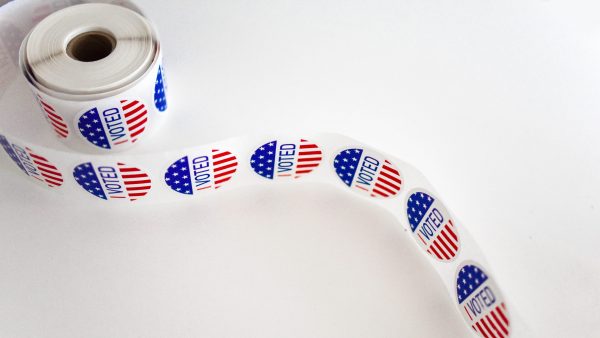 The coronavirus pandemic has spurred a new wave of legal challenges to Alabama’s voting laws, particularly its absentee ballot requirements. The League of Women Voters of Alabama is the latest group to file a lawsuit against the state claiming its voting rules are too restrictive. The lawsuit, filed Thursday in Montgomery County Circuit Court, urges state officials to expand absentee ballot access during the November general election.

“Absentee voting must be expanded with safeguards tailored to these tumultuous times in order to reduce the number of people who line up at polling places to vote in person,” the group said in a statement. The lawsuit asks the court to require the state to implement clear safety plans to protect in-person voting, following guidance from the Centers for Disease Control.

We’ve just filed a lawsuit in state court asking Alabama’s Courts to protect our elections from “tumult” as required by the state Constitution. Every eligible Alabamian must be able to vote easily and safely. https://t.co/eA7nqS9ToD #votesafeal

Alabama is one of 16 states requiring voters to provide an excuse to cast an absentee ballot. Alabama Secretary of State John Merrill in mid-March added coronavirus to the list of valid reasons a person could vote absentee in the July 14th Republican runoff for U.S. Senate. But several groups have since mounted legal challenges claiming that the requirements for absentee voting create major obstacles for thousands of Alabamians.

For an absentee ballot to count in Alabama, it must be signed by two witnesses or a notary public. Many say that can be difficult for certain people, especially during a pandemic. Jenny Carroll, chair of the Alabama Advisory Committee to the U.S. Commission on Civil Rights and a law professor at the University of Alabama, says those requirements pose a significant hurdle for people who are homebound or who are quarantined alone.

“Certainly rural folks might have trouble locating notaries or two witnesses or getting to a notary,” Carroll said.

Even when people can get to a notary or find two witnesses, she said, they could be putting themselves at risk.

As concerns intensify around the pandemic’s potential effect on the November election, legal challenges to the law are mounting. Civil rights groups, advocates for people with disabilities, and others filed suit against the state on May 1st calling for more accessibility. In March, groups including the NAACP, the Southern Poverty Law Center, and the Alabama Disabilities Advocacy Program called on Merrill to expand absentee ballot access. That especially applies to older voters and black residents – two groups that have been disproportionately affected by the pandemic. Four voters with medical conditions that make them especially vulnerable to serious illness from COVID-19 are among the plaintiffs in the federal lawsuit filed this month.

The U.S. Department of Justice weighed in this week to say Alabama’s witness requirement does not violate a section of the Voting Rights Act. Former U.S. Attorney for the Northern District of Alabama Joyce White Vance disagrees.

“The notion is that this provision is designed to prevent voting fraud,” she said.

Merrill is named as a defendant in the federal lawsuit. He said claims that these rules present obstacles are unfounded. He pointed to people in the Black Belt region, who are mostly poor and African American, and said they have the highest rates of absentee voting in the state.

“Those people seem to be able to utilize the process most successfully and returning their ballot for the candidate of their choice through the absentee process,” he said, meaning some of the state’s most vulnerable residents don’t seem to have issues with it.

Merrill couldn’t give an exact figure of absentee voting rates in the Black Belt but said they’re higher than the state average of 4%. Still, that doesn’t take into account a pandemic. Merrill made coronavirus a valid excuse to vote absentee in the July 14th Republican U.S. Senate runoff, but he said a decision on how things will look in the November election will be made later, based on science and data.

Merrill’s response on Twitter to a man who asked about the state’s voter ID requirement for absentee ballots drew significant backlash, with several people characterizing it as callous, particularly from an elected official.

When I come to your house and show you how to use your printer I can also teach you how to tie your shoes and to tie your tie. I could also go with you to Walmart or Kinko’s and make sure that you know how to get a copy of your ID made while you’re buying cigarettes or alcohol

Merrill defended his response by saying the man had ulterior motives, and that he was educated and well aware of the voting requirements.

“And of course, there were a number of people that were saying that I was being mean and I was not being sincere with this guy,” Merrill said. “Look, this guy is one of the smarter people in the state of Alabama. And he was trying to prove a point. And I was not going to let him use that forum to do so.”