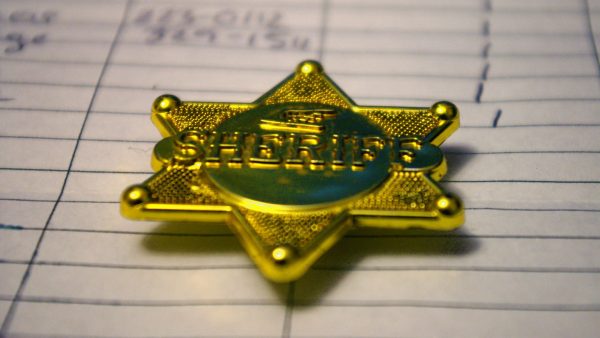 Blount County Sheriff Mark Moon knew he’d catch heat when he wrote on Facebook last weekend that he wouldn’t enforce the order Governor Kay Ivey put in place to slow the spread of the coronavirus.  It loosened previous restrictions and allowed many retailers to reopen at limited capacity while keeping businesses such as gyms, nail salons and barbershops closed.

Moon, along with sheriffs in Lamar, Marshall and Baldwin counties, indicated they won’t enforce the state order.

“I want people to understand that it’s not defiance, per se,” Moon said.

Moon told deputies not to barge into businesses or churches to shut them down. He won’t pursue punishment for violations either. He said if his office receives a complaint, he’ll send a deputy to remind the offender the order is in effect. But he added he hasn’t received any complaints.

The unease with the restrictions extends to some mayors, including Trussville’s Buddy Choat.

Choat said if businesses close, that’s bad for everyone. So Monday he held an event at Trussville City Hall asking Gov. Ivey to lift the order. He insisted it wasn’t a protest, but a respectful request.  Choat said disagreement about the order doesn’t mean the pandemic isn’t serious, but he considers the rules unfair. He’s been to big box stores and said plenty of people there aren’t abiding by social distancing measures.

“I just think it’s unfortunate that the hairdressers and the fitness center folks have not had the opportunity to at least try to show their customers that they can not only adhere to it, but probably be a bit more safer than some of the other stores that are opened,” Choat said.

Law enforcement officers have some discretion when applying the law. A police officer probably won’t cite anyone for jaywalking, for instance. But sheriffs occupy a unique position, according to Texas Christian University political scientist Emily Farris. Many police chiefs are appointed while sheriffs, who are generally elected, feel more accountable to voters.

“They view this role as particularly special in trying to protect people from intrusions from either the federal government oftentimes and also state governments,” Farris said.

Farris said sheriffs can be more “eager” to enforce certain laws than others. A Republican sheriff might take a hard line on immigration, or a Democratic sheriff might crackdown on guns.

“So it seems on these hot-topic issues that are divided in terms of partisanship, we’re going to see some sheriffs view their role, whether right or wrong, as being the protectors of the Constitution,” Farris said, “even if it puts them at odds with other elected officials.”

Both Blount County Sheriff Mark Moon and Gov. Ivey are Republicans, so it’s not simply a matter of partisanship in this case. Alabama’s Republican Attorney General Steve Marshall said local officials are in the best position to decide how to enforce the order, and it shouldn’t be heavy-handed.

The statewide “safer-at-home” lasts until May 15th. What replaces it will determine whether the dispute over enforcement fades away or enters a new chapter.