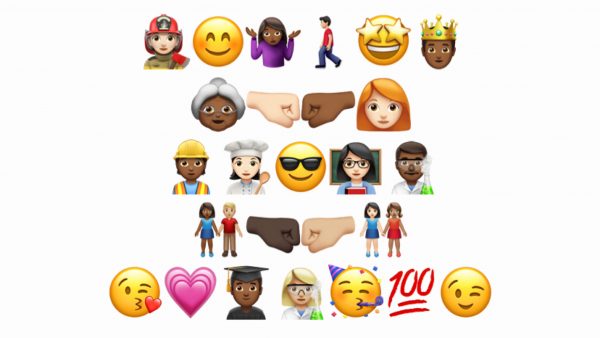 It’s World Emoji Day. Those little characters that help users express themselves online first appeared in the U.S. in 2011. About five years ago, Unicode, the organization responsible for emojis, added skin tone modifiers in an effort to be more diverse. Miriam Sweeney is an assistant professor in the School of Library and Information Studies at the University of Alabama. In a study published last year, Sweeney found that emojis continue to center around whiteness even with characters that seem inclusive.

I think we take for granted the technologies that we use every day and often these technologies also want us to, I think, blend into the background and purport themselves to be neutral or race-less in these different ways. But they’re not. They’re part of the built environment representing a lot of human choices and decision making, and that’s always happening in a cultural context. And in this case, what I wanted to focus on was the way that racial ideologies or beliefs about race were influencing the design of these technologies.

How are emojis still centered around whiteness after adding diverse characters?

So part of what I was looking at was the way that whiteness was designed as kind of the center organizing schema of emojis when they rolled out. And that’s where users were identifying that there’s some racial bias happening there. But rather than rethinking that whole schema, we got these sort of add-ons — this kind of additive structure that provides more race options. And that was great in the sense that it did give more access to diverse representations of race. And also, at the same time, we went from having just men emoji doctors to women and men emoji doctors. So they expanded in a lot of different ways. But in some sense, the base decisions remain central. For instance, several black users noted that the emojis now have a different skin color, but they still retain these kind of European phenotypic features, so the same smooth hair and facial structures as before. So it’s a case where the representation did shift and become broader. But at the center, that base character remains the same. We didn’t rethink that original image and representation.

How can the issue of race be solved within this technology?

So, first of all, I think that Unicode itself has thought of it as a race problem to solve, which is sort of interesting. So the approach that they have taken is every year there’s a panel of representatives and anyone can propose new emojis and try to make a case for why this representation should be added in. And each year we see the results of that. We see expanded representations and it’s like a never ending task to represent all of the different cultural specificities in the diverse world. So they can, in a sense, never really catch up. They’ve kind of started with a central base and now this model where they’re adding on new representations all the time is an endless model.