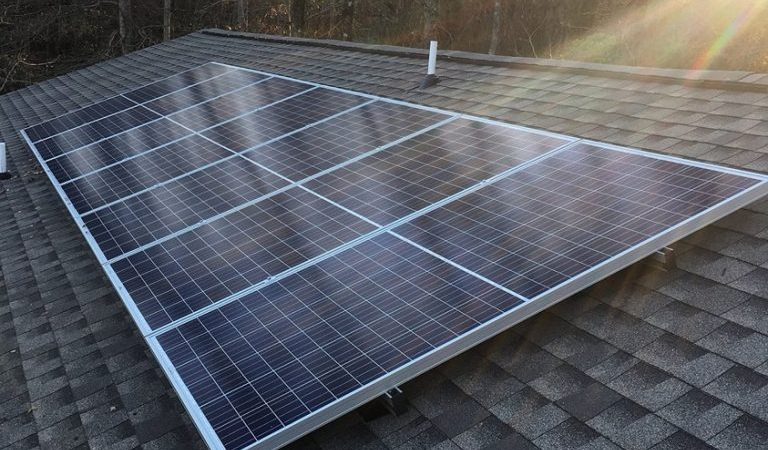 Solar panels installed in a Habitat for Humanity House in Birmingham.

The Alabama Public Service Commission on Tuesday voted unanimously to allow Alabama Power to increase the monthly fee it charges to customers who have solar or other alternative power sources.

On recommendation of the PSC staff, President Twinkle Andress Cavanaugh joined commissioners Jeremy Oden and Chip Beeker in approving without discussion the increase from $5.00 to $5.41 per kilowatt.

The vote during the commission’s monthly meeting in Montgomery came over the objections of representatives from environmental groups, who contended that the fees were punitive and intended to discourage the use of renewable-energy sources such as solar panels.

The recommendation came after a contentious hearing in November in which opponents testified that the fee, which adds $25 a month to a typical five kilowatt household’s bill under the previous rate and $27.05 under the new rate, nearly doubled the overall cost of a typical home installation, making solar power less financially attractive.

Alabama Power representatives testified in the hearing that the fee is justified to provide electric service to solar users and those who generate their own electricity through other means in the event that their home systems cannot, such as panel failures or similar outages.

The fee runs counter to solar power policies in 47 states plus the District of Columbia, where solar and other alt-energy users sell excess power generated by their installations back to the local utility. Most use a system called net metering, in which the reverse flow of power is metered and the solar customer receives a credit on their utility bills, sometimes in excess of the amount billed.

Policies vary widely from state to state regarding the compensation for customers. Only three states — Alabama, Tennessee and South Dakota — have no net metering or other system in place, according to the National Conference of State Legislatures. Alabama stands alone in allowing utility companies to charge solar and other alt-energy customers additional fees that result in higher costs for what is ostensibly a way for customers to save money over time on their energy usage.

“I know of no other investor-owned utility that assesses a charge this punitive for backup service,” Pace Energy and Climate Center senior adviser Karl R. Rábago told the commission in the hearing in November. Rábago was testifying as an expert witness for the environmental advocacy group Gasp.

Alabama Power spokesman Michael Sznajderman told BirminghamWatch that the company does pay solar and other alternative energy customers for excess power, if and when the customer is able to provide it.

“We pay ‘avoided cost’ — in other words, we will purchase the energy at a price comparable to the costs we avoid by buying energy from them vs. generating it ourselves,” Sznajderman said. The price adjusts roughly annually based on the current avoided cost. … Typically, customers stay connected to us on the grid because they need energy from us more than they have energy to provide to us. And it is really a separate issue from the capacity reservation charge.”

Fewer than 200 customers are subject to the fee by Alabama Power, which serves roughly the lower two thirds of the state.

Alabama Power is a subsidiary of the investor-owned Southern Company, which also owns Georgia Power. That subsidiary does not charge a similar fee for its solar-powered customers, and Georgia provides for compensating solar customers in a manner different from net metering. When asked under cross-examination in the November hearing why her company’s solar policies were different in Georgia, Alabama Power official Natalie Dean said, “That’s something that Georgia Power did in a different jurisdiction.”

Editor Note: This story has been changed to clarify that Alabama Power does pay alt-energy customers for excess power they supply back to the utility, even though the state does not have net metering policies for facilitating this in place, as do most other states. This version also corrects the use of the term “kilowatt.”