Poll Watchers Have Strict Rules To Follow, And So Do Others 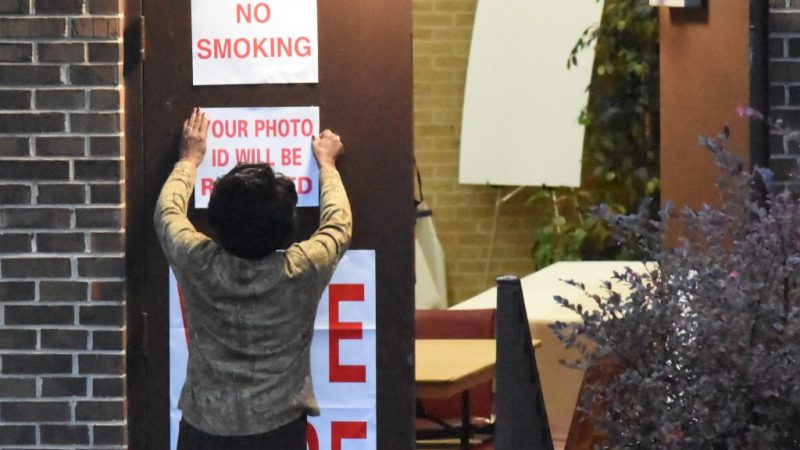 A poll worker puts up signs at Sixth Avenue Baptist Church before voting started in 2018.

So you want to be a poll watcher.

It isn’t as easy as dropping into a polling place and plunking yourself down to observe the proceedings.

First, in Alabama, you need to be appointed as a poll watcher for a specific party and a specific precinct.

According to Alabama Secretary of State John H. Merrill’s official website: “State law permits residents of Alabama to serve as poll watchers and requires they be nominated by a party with a candidate on the ballot.

“The name of each poll watcher shall be submitted in writing by the county executive committee or nominees for office to the polling place inspector, noting their appointment.”

Thus, first you contact the county chairperson of the political party for which you wish to observe voting. Providing you are an Alabama resident, you are eligible for the job.

According to Merrill’s media spokeswoman, Grace Newcombe, most polling places will be limited to two poll watchers, one Republican and one Democrat. The exception to that rule comes when an independent or a third party is on the general election ballot, she said.

According to Alabama law, “A watcher may not disturb voters, attempt to influence voters, campaign, or display or wear any campaign material or buttons while inside any polling place.”

In other words, teams of Trump supporters cannot independently call themselves “poll watchers” and stay to make sure nothing they think might be untoward is happening, as the president has urged them to do. But supporting a particular candidate does not disqualify someone from becoming a legal poll watcher.

Properly appointed poll watchers, according to Merrill’s site, are allowed to observe the conduct of the election as follows:

The names of poll watchers are submitted to the precinct election supervisors by the party chairmen in each county, according to Merrill’s website, and each appointee is cautioned to carry a copy of his or her appointment authorization to the polling place on Election Day to avoid confusion.

Electioneering and Other Activities at the Polls

If you are going to be electioneering on Election Day, Merrill reminds you that there are strict rules governing what is permissible behavior.

For example, all partisan campaigning must take place at least 30 feet from the doors to the polling place. Under an attorney general’s office ruling, the owners of private property outside the polling place also are allowed to restrict the use of their property. They could, if they chose, prevent campaigners from assembling or distributing literature outside the polling place, too, according to the Alabama Election Handbook. This is not a common situation, though.

Possession of firearms by poll watchers is strictly up to the owner of the premises where polling is being conducted, Newcombe said, and the precinct inspectors have been instructed to immediately call the sheriff if anyone attempts to disrupt the voting process.

It is illegal for anyone to interfere with other voters at the polling place.

However, a voter who needs assistance to vote — such as someone who is unable to read or write or is physically disabled and cannot fill out the ballot — may have one person help them, so long as that person isn’t their employer or connected with their employer or a union.

Polls are open 7 a.m. to 7 p.m. across the state. However, any voter in line at the polls when they are scheduled to close still will be allowed to vote.