Mosquito Spraying To Continue In Birmingham Despite Objections 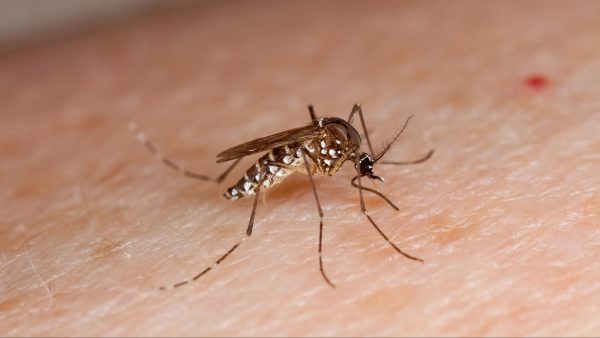 The city of Birmingham will continue the practice of spraying for mosquitoes, despite vehement objection from two city councilors.

The council voted Tuesday to purchase $2,475 of adulticide spray from Clarke Mosquito Control Products, a company based in Saint Charles, Illinois. The resolution initially was slated to be passed as part of the noncontroversial consent agenda before it was removed by District 5 Councilor Darrell O’Quinn.

When the resolution came before the council later in the meeting, though, O’Quinn declined to argue against it. “I’ve said it all before,” he said. “I just want to do my duty and vote against it.”

O’Quinn has been a critic of Birmingham’s mosquito-spraying policy for several years; in 2018, he called it “pretty antiquated” and called for it to be reassessed.

“There is plenty of science and data to indicate that it’s not nearly as effective as we think it is,” he said then. “We have to remember these chemicals being sprayed outside our doors do have an impact on our health.”

District 3 Councilor Valerie Abbott said Tuesday she was “frustrated” that mosquito spraying was still a city practice. “I want to know why we’re doing this,” she said.

“I personally do not want to see poison sprayed all over our city. I think, instead, we should work on an education program so that residents learn how to prevent having mosquitoes breeding in their yards and gutters … . I just believe there’s a better way,” she continued.

Other than being a nuisance, mosquitoes spread illnesses such as West Nile virus in humans and heartworm in dogs.

O’Quinn said after Tuesday’s meeting that he’d heard concerns from his constituents about the city’s spraying policy.

“I question the efficacy, specificity, the broader environmental impact and the potential health impacts of long-term low-dose exposure,” he said. “Have we given critical thought to best practices for mosquito control, or has the routine spraying of aerosolized adulticide become ingrained in the bureaucracy of our Public Works Department.”

“Many metro area municipalities stopped the practice long ago,” he said. “That begs the question: Why hasn’t the city of Birmingham done the same?” The answer, he suggested, “is that environmental concerns are generally low-priority for leadership.”

“I feel that there are ample opportunities for the city of Birmingham to acknowledge and take action to address environmental issues, whether it be spraying for mosquitoes or climate change,” he said. “However, it doesn’t appear that there is sufficient will amongst our policymakers or, in many cases, that these issues even register on their radar.”

O’Quinn and Abbott were the only two ‘no’ votes for the mosquito spray purchase; the rest of the council voted to approve it.