Jones Tells Supporters He Can Beat Tuberville, Despite What Polls Say 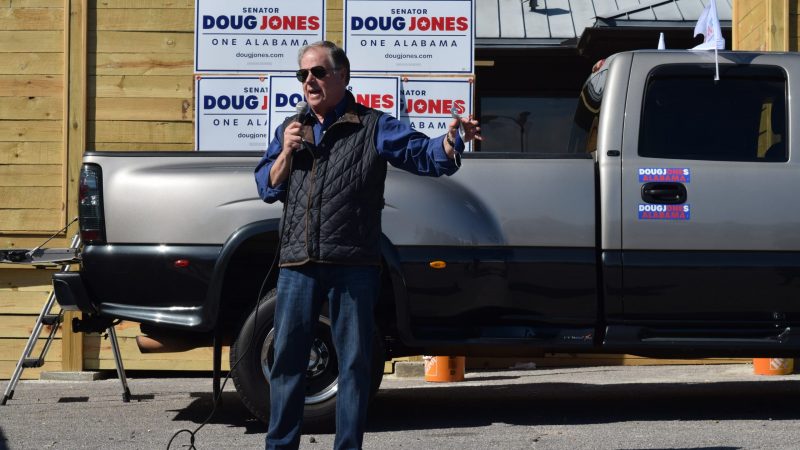 Sen. Doug Jones visited his hometown of Fairfield on Saturday afternoon, one of many stops throughout Alabama during the final days of his re-election campaign.

“We know better,” he said, urging his supporters to “remember the feeling” of his previous victory against Roy Moore in December 2017, which had also been a surprise. Jones argued he could pull off the same surprise in Tuesday’s election. He said his campaign’s internal polling data “is right where we want it.”

Jones roundly criticized Tuberville, calling him an inexperienced quitter whose policies had mostly been copied wholesale from President Donald Trump.

He also emphasized that Tuberville had moved into Alabama only to run for Senate, while Jones has lived in the state his whole life.

“We don’t need Tommy Tuberville to talk to us about Alabama values,” he said.

Jones also reiterated his support for the Affordable Care Act — also known as Obamacare — which, he mentioned, is set to come before the Supreme Court on Nov. 10 as part of a lawsuit from several Republican states, including Alabama. Jones attributed much of the pushback against the ACA to shallow partisanship, particularly due to its association with former President Barack Obama. “They’re playing politics with your health care,” Jones told supporters.

He also brushed off reports that Joe Biden is considering him for Attorney General in the Democrat’s potential cabinet.

“I’m going to be a senator,” Jones said firmly. “The Senate is where Joe Biden wants me.”

Jones, who also stumped in Bessemer and Birmingham on Saturday, will continue touring the state until Tuesday’s election.