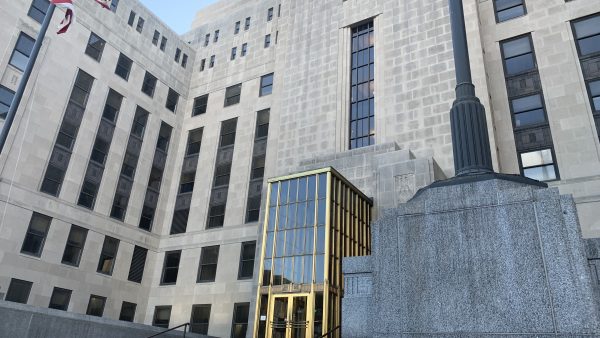 The Jefferson County Commission followed a 45-minute meeting with an hour-long executive session today as commissioners received guidance on their use of federal stimulus money because of the COVID-19 pandemic.

In calling for an executive session, County Attorney Theo Lawson cited the state statute regarding pending litigation and matters likely to be litigated in court.

“There are already three entities that are already set up by the President to do audits and investigations on the manner in which these moneys are to be spent,” Lawson told BirminghamWatch. “That could include lawsuits to bring back and recoup those moneys in the event something happens.

“Those are matters that could potentially be litigated by the DOJ (Department of Justice),” the county attorney said. “They can be involved with the Office of the Inspector General, and other entities that may/could bring actions, depending on the actions we take with regard to these funds.”

Jefferson County received $115 million, its share of the $2 trillion stimulus bill, the CARES Act. That money was given to blunt the impact of an economic downturn set in motion by the global coronavirus pandemic.

During the meeting, commissioners heard a report from Carletta Singleton, partnership coordinator of the Census Bureau of Alabama. Singleton spoke via Commissioner Sheila Tyson’s cellphone, which Tyson held to a microphone.

“Currently the state of Alabama leads the Atlanta Region in 2020 Census response rate,” Singleton said. “Persons participating in this census is at about 55 percent. We are behind the national average but we are leading the region of seven states across the Southeast.”

Jefferson County is in the top 30 counties, she said, with a 57 percent response rate, which helps to buoy the state rate.

“That’s good news in terms of trending where we need to be,” the census official said. “The governor’s goal is 80 percent for the entire state. In, 2010, Jefferson County’s response rate was in the 60 percentile. We at least want to get beyond or above that 60 percentile range in terms of response rate.”

In another matter, Tyson announced a Mother’s Day Food Distribution at Birmingham Urban League, 1229 Third Avenue North in Birmingham. The event, set for 11 a.m. to 1 p.m. on Saturday, May 9, honors mothers of newborns and toddlers.