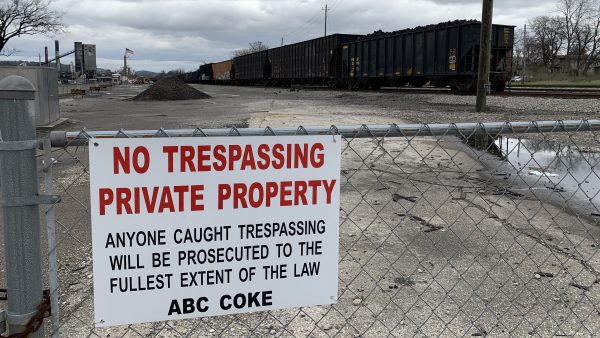 The Trump EPA announced this week that it will not lower the current limit on particulate air pollution, an action that disappointed but didn’t surprise public health scientists and clean-air advocates who pointed to a new Harvard study connecting the pollution to a higher mortality risk from COVID-19.

EPA Administrator Andrew Wheeler’s decision flew in the face of the agency’s own career scientists, who had urged adoption of stricter air quality standards for what is commonly referred to as soot.

Wheeler was backed up by a majority of the agency’s independent advisory group on air quality, including Corey Masuca of the Jefferson County Health Department.

The decision – subject to a 60-day comment period – was made despite a spate of recent studies that showed reducing the EPA limit on the fine airborne matter called PM2.5 likely would save many thousands of lives. The World Health Organization’s recommended standard is lower than the United States’ standard.

PM 2.5 levels in the air are largely due to emissions from the transportation industry and coal- and gas-fired facilities that produce electrical power.

Wheeler appointed Masuca, the health department’s chief air pollution control engineer, to the Clean Air Scientific Advisory Committee in September for a three-year term. Masuca acknowledged a fierce division of opinion in the group, saying “the process was not as well-vetted as it has been in the past, when it included a more diverse panel, but the committee’s majority felt the evidence presented to us was not enough to overturn the current standard.”

In past EPA administrations, the committee, known as CASAC, was able to lean heavily for guidance on a large advisory group of scientists from a broad range of specialties. But in a controversial move, the Trump Administration disbanded that panel, placing the onus on the seven-member CASAC to sift through and analyze the thousands of scientific studies on air pollution published in the past several years. However, the administrator did offer members access to a group of experts who assisted CASAC in evaluating the relevant information used in their determination.

“We’ve known for decades that low-income families and communities of color bear a disproportionate burden of air pollution, including particle pollution. So it’s no surprise that some of those who are most vulnerable to this coronavirus are those who breathe the most polluted air,” Gasp chief executive officer Michael Hansen said in a statement.

“We didn’t need a new scientific study from Harvard to tell us that long-term exposure to higher levels of air pollution is associated with a higher death rate for respiratory illnesses. We’ve known that for years,” Hansen said.

“It is nevertheless telling that the EPA is so callously ignoring science in the midst of a global health pandemic,” he added. “A responsible EPA would use this unprecedented public health and economic crisis as an opportunity to re-evaluate existing environmental protections and determine what more it could do to protect public health, especially including vulnerable populations.”

In Birmingham and much of the nation, low-income and minorities reside near major highway corridors and soot-emitting industries.

Masuca agreed that people living in poverty “typically are at a greater susceptibility to exposure to air pollution due to their location near traffic congestion in urban areas and factories.”

In a news release, Wheeler praised the nation’s leadership on air quality standards.

“The U.S. has made incredible strides in reducing particulate matter concentrations across the nation,” he said. According to the EPA, concentrations of PM 2.5 fell 39% between 2000 and 2018.