Environmental Groups Protest New Waters of the US Rule 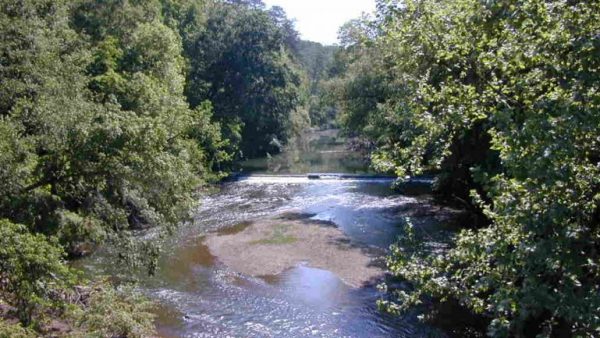 Tributaries that feed the Cahaba River would be affected by changes in the waters of the U.S. rule.

Environmental groups in Alabama and elsewhere say they will fight to delay or stop a new federal rule that would remove the 1972 Clean Water Act’s oversight of half the nation’s wetlands and many small streams. The new rule greatly narrows the Obama-era definition of what constitutes waters of the U.S., commonly called WOTUS.

The rule — called the Navigable Waters Protection Rule — was announced Thursday by U.S. Environmental Protection Agency Administrator Andrew Wheeler at a homebuilders meeting in Las Vegas. Real estate and farm interests have been major proponents of replacing WOTUS, which the Trump Administration repealed last fall. The new rule is scheduled to be implemented in 60 days, following publication in the Federal Register.

The EPA and the Army Corps of Engineers wrote the new rule. It will continue to protect large bodies of water, such as the Chesapeake Bay and the major waterways and tributaries that flow into them, from the discharge of pollutants from agriculture, industries, mining and other sources.

Wetlands adjacent to those waters will likewise be federally protected, but other waters will not have protection under the Navigable Waters rule, including wetland areas that do not connect to protected waterways, streams that do not flow year-round or flow only after rainfall or snow melt, and groundwater.

The replacement rule would also eliminate smaller-headwater protections that have been implemented for decades under the Clean Water Act, the New York Times reported.

The Alabama Farmers Federation, known as Alfa, in a statement today from its national affairs director, Mitt Walker, said the Obama rule had been “disastrous” and that the new one allows for “protection of waters in a manner that is clear and non-ambiguous, (one) that farmers and landowners … could interpret without hiring lawyers and consultants.”

The EPA’s own Science Advisory Board previously had argued against the rule. Opponents of the action warn that wetlands areas will be drained for housing and commercial development, and that agriculture and industry will be allowed to dump pollutants into small river tributaries that can affect drinking water quality, recreation and aquatic life.

The Black Warrior Riverkeeper organization said the new rule would be a “drastic setback” for the nation’s clean water and “a gift to polluters at the expense of the health and well-being of the tax-paying public.”

The group stated, “In the Black Warrior River watershed alone, countless miles of our most sensitive headwater streams will be left vulnerable to pollution from coal mines, factory farms, industrial facilities and various other sources without the Clean Water Act protection they have benefitted from for decades.”

Tammy Harrington, executive director of Conservation Alabama, said in an email that the WOTUS replacement “puts Alabama’s wetlands and small streams at risk. Smaller or underground bodies of water often flow into sources of drinking water. Wetlands absorb hundreds of gallons of water, protecting us from storms and flooding.”

Harrington added that Alabama, in particular, relies “on federal rules to protect our natural resources, and this ruling removes an important tool in our conservation toolkit.” Those waters no longer regulated by the EPA under the new rule would be left to the oversight of state and local agencies.

Cindy Lowry, executive director of the Alabama Rivers Alliance, said the Alabama Department of Environmental Management, which is charged with protecting the waters of the state, “is woefully under resourced and there is no current state agency that is responsible for wetlands at all. This roll back puts important waters in danger of not being protected, thus putting the environment and public health in jeopardy.”

Lowry’s group produced the Southern Exposure film, “Waters of the U.S.,” that discusses the implications of discarding the Obama EPA rule.

Trump has rolled back more than 90 environmental rules, but legal challenges have prevented several from being implemented. This latest action has already attracted pledges to delay or stop the new rule from going into effect.

The Southern Environmental Law Center, which has offices in Birmingham, is among those planning to do battle in court.  In a statement today, law center attorney Blan Holman, who leads the center’s Clean Water Defense Initiative,  said, “If allowed to stand, this bulldozing of clean water protections would be among the administration’s dirtiest, most dangerous deeds. We plan to fight them with everything we have to protect our communities and clean water.”