Budget Blows To Birmingham Schools and Transit Cushioned, Other Groups Not As Lucky 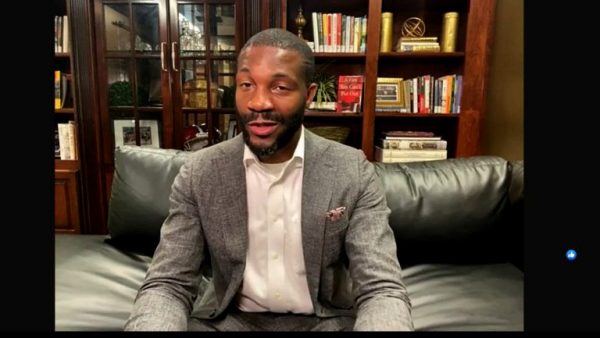 Mayor Randall Woodfin defended some controversial cuts in his proposed FY 2021 budget Tuesday, arguing that despite a significant drop in city funding, both Birmingham City Schools and the Birmingham-Jefferson County Transit Authority would continue to operate as usual.

Woodfin presented his budget to the city council last week, noting that the city had seen a significant decline in business tax revenue due to the COVID-19 pandemic. As a result, his proposed budget is austere, with funding cuts for external organizations such as the Alabama Ballet and Red Mountain Park as well as for city-owned facilities such as the Birmingham Zoo and Railroad Park.

The proposed budget — which has to be ratified by the council — also cuts city funding to Birmingham City Schools, from $1 million to $0, and the Birmingham-Jefferson County Transit Authority, from $10 million to $5 million.

Those two organizations won’t be taking as bad a financial hit as it sounds, Woodfin said Tuesday. In fact, among all of his proposed budget’s cuts, BCS and the BJCTA were “the only two organizations I was able to give (both) good and bad news to,” he said.

The school system had received a “higher infusion in direct dollars” from capital expenditures — an appropriated portion of the city’s sales tax on construction materials — this year, Woodfin said: “Although they’re not getting the $1 million from the general fund, they’re getting $2.8 million in capital expenditure dollars.”

“It’s not just good that we’re building the stadium, and we had a tough political fight to do it,” Carpenter said. “Now, the benefits are going to redound to schools — immediately. It’s not like they’re waiting for it.”

The BJCTA, meanwhile, received extra funding from the federal Cares Act, receiving $7 million per year for three years. “I think all municipalities across the nation wish we could receive the same bailout to cover our budget shortfalls,” Woodfin said.

That increased funding will ensure that the BJCTA will continue operating as usual.

“Just to be clear, separate from the number you see (in the budget), there is no — and there will be no — decrease in ridership for citizens of Birmingham who use and need the BJCTA,” Woodfin said.

The prognosis may not be as sunny for the Birmingham Public Library, which took a $2.5 million hit in Woodfin’s proposed budget, falling from $15.36 million to $12.83 million. BPL Board of Trustees President Eunice Johnson Rogers told the council Tuesday that “very difficult decisions” lie ahead for the city’s libraries, though they remain open for now — in a sense.

“Although the doors have been closed to the public since March 16, the librarians are available online 24/7 to address citizens’ needs,” Johnson said. “To date, the BPL Board of Trustees has not closed any branches or furloughed any employees … . Birmingham Public Library is open and providing services that take the library resources beyond its four walls.”

Services currently offered by the BPL’s 19 branches include free Wifi in their parking lots, reference services, homework help and curbside distribution, which put 5,780 items into circulation in July.

“This is not to say that the present state of affairs will remain the status quo,” Johnson warned, adding that Woodfin had instructed the BPL board “to take a very hard look at streamlining operations and using its precious financial resources to its fullest potential (to maintain) the integrity of the library system.”

Woodfin will hold two public forums, on Thursday and Sunday, to address residents’ concerns and questions; the council will hold a budget forum of its own Monday. Specific times for these events have not been set.