Birmingham Will Apply For Grant To Revitalize Smithfield Court 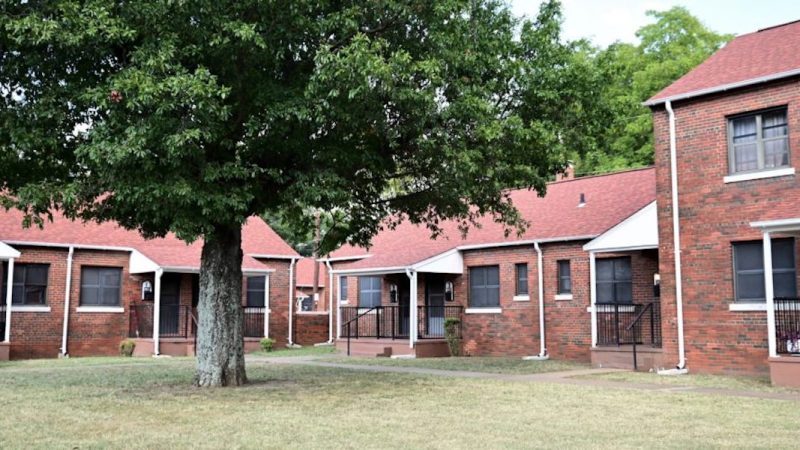 Built as part of President Franklin D. Roosevelt’s “New Deal”, Smithfield Court opened its doors to Birmingham residents in 1937, according to the Birmingham Housing Authority

The city of Birmingham will apply for a $34 million grant from the U.S. Department of Housing and Urban Development for the “comprehensive revitalization” of the Smithfield Court housing project.

The grant is through HUD’s Choice Neighborhoods initiative, an expansion of HUD’s Hope VI program with the stated goal of “transform(ing) distressed neighborhoods … into viable and sustainable mixed-income neighborhoods by linking housing improvements with appropriate services, schools, public assets, transportation and access to jobs.”

The city would use the grant to improve the area around Smithfield Court, including infrastructure improvements such as street paving, sidewalks, lighting and parks as well as beautification and anti-blight efforts.

If the application is approved by HUD, the city would need to match $7.5 million in funding over the next five years. Kelvin Datcher, the city’s director of intergovernmental affairs, assured councilors that this money would come from Community Development Block Grant funding, as well as “dollars that this council has already approved and appropriated.” Birmingham, which has been cash-strapped as a result of the COVID-19 pandemic, would not need to put up additional cash “out of hand,” he said.

“We’re using every dollar that’s already been spent in Smithfield as leverage (for this grant),” Datcher said.

The City Council unanimously approved the application during Tuesday’s meeting, with District 8 Councilor Steven Hoyt calling the decision “good for Birmingham, good for the housing authority and good for the city.”

“This is economic development at its best, where we can transform communities,” he said.