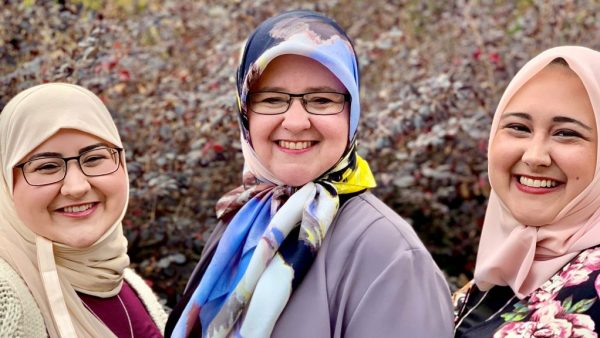 In the month before Alia Tunagur reached her 30th birthday, she easily could have questioned whether she would make it to that milestone.

It was during that final month of her 29th year that Tunagur, a health care professional in Birmingham, battled the novel coronavirus.

Born in Saudi Arabia, Tunagur celebrated her latest birthday on May 2 and continues to celebrate having successfully run the gauntlet known around the world as COVID-19. It is a sickness unlike any she had ever experienced.

Tunagur remembers March 15, the first day she realized something was wrong.

“It was just different,” she said. “It was cold/flu-like but I was hypervigilant and overly concerned because I knew that I have a compromised immune system (because of an) autoimmune disorder.”

Taking no chances, she isolated herself in the basement apartment at her parents’ house. Her sinuses were congested, her throat was sore, and she was exhausted despite having had a full night of sleep.

“I had a feeling,” she said, “that things weren’t normal.”

The health care professional recalled reading the writings of Dr. Mike Saag, the UAB physician and prominent HIV/AIDS researcher who himself survived the disease. He compared having COVID-19 to the 1993 movie “Groundhog Day.”

As she grew up outside the United States, she admits she doesn’t get some pop culture references. But having the disease taught her all she needed to know about the Bill Murray film.

“Every day was the same,” she said. “I would get to the point where I thought, ‘Oh I’m doing better.’ Then that night, I would feel horrible again, or late that afternoon. I started to think I was crazy at one point before I had my test confirmed positive.”

Tunagur thought she was overreacting to a cold, simply being overdramatic. She thought she just needed to get up and get back to life.

“But when I got the positive result, it was scary, but it was also very validating because I realized that I wasn’t losing my mind, that there was a reason that I felt so terrible,” she said.

Despite not being able to breathe, Tunagur thought she wasn’t sick enough to warrant being admitted to a hospital.

“I didn’t want to waste resources on myself,” she said.

She calls herself the kind of person who will avoid a hospital unless she’s bleeding profusely and can’t stop it.

“I tend to think that I can just push through and get better on my own,” she said. “In this case, my doctor was right. I would not have gotten better on my own. I needed antibiotics. I needed … medication to help with my breathing. I needed a steroid treatment. There was no way I was going to get better at home.”

Tunagur said she felt as though she could never get enough oxygen, as though she had been holding her breath for minutes instead of breathing normally.

“Perhaps I was holding my breath at times,” she said, “because breathing physically hurt.”

“Blessed is a man who perseveres under trial; for once he has been approved, he will receive the crown of life which the Lord has promised to those who love Him” – James 1:12

Tunagur calls her mother, Laurie Tunagur, a “superwoman” when it came to her care.

“She was also working full time while she was taking care of me,” the COVID survivor said. “I don’t know how I would have survived this if I had lived alone.”

Tunagur declined to say to what hospital she was admitted. Once there, she was in a room by herself on an isolation floor, and her nurses and doctors limited how frequently they went into her room. She spoke with her physicians via telemedicine. Her nurses called before they went in her room to make sure that there wasn’t anything else she needed, to limit the number of times they had to go in.

Tunagur works in health care but did not want to reveal for whom she worked or what she does. She did say that she worked with people who were exposed to the virus.

Health care workers are at a higher risk of contracting COVID-19, with 1,622 having been diagnosed with the disease, according to the Alabama Department of Public Health.

A lengthy Facebook post Tunagur wrote about the ordeal concludes with scriptures from the Old Testament, the New Testament and two passages from the Quran, a clear message of the universal danger of the disease.

“It also is a reminder that we are all the same, regardless of our faith,” she said. “I am a Muslim, but so many of my friends are Christian. It’s important to me that everyone realize we’re all the same and that our belief systems are more similar than they are different.”

“Be sure We shall test you with something of fear and hunger, some loss in goods, lives, and the fruits of your toil. But give glad tidings to those who patiently persevere. Those who say, when afflicted with calamity, ‘To Allah we belong, and to Him is our return.’ They are those on whom descend blessings from their Lord, and mercy. They are the ones who receive guidance.” – Quran 2:155-157

A loss of taste and smell is a documented sign of having COVID-19. Tunagur said she didn’t realize she couldn’t smell until that sense returned as she caught a whiff of grass while a neighbor was cutting his lawn.

“I vividly remember the day that my sense of smell came back, and it was about three or maybe even four weeks after I got sick,” she recalled. “I realized, ‘Whoa.’ I think maybe my sense of smell was more dulled than gone.”

In hindsight, an inability to concentrate was a more obvious sign of the virus.

A “big reader,” Tunagur said she usually reads anything and everything. “I kept thinking I should use this time to read something,” she recalled. “But I could not focus well enough to read anything. Also, I’m in grad school and I thought this is a good time to take advantage of some study time. But I couldn’t focus on my schoolwork. I couldn’t read anything. I could barely even concentrate well enough to get through a 30-minute TV show.

“I also had severe brain fog that lasted well into getting better, after I had my negative (test) results,” she continued. “And an overwhelming sense of fatigue. I mean, the fatigue is just – Wow. It’s really debilitating.”

“Behold, God is mighty, and does not despise any; he is mighty in strength of understanding” – Job 36:5

Two weeks passed after her negative test before Tunagur started to retrieve her clarity of mind. Today, she said, she’s about 90% to 95%, but she struggles with stamina.

“I’ll work a whole day and then I’m just exhausted and I don’t have the energy to do anything else,” she said. “To paint you a picture, my birthday was on Saturday. On Sunday, I probably slept about 14 hours straight and … when I woke up, I still felt like I could probably take another nap.”

Tunagur is a big advocate for social distancing measures, only leaving home when necessary.

“As of right now, my managers and I are all working from home when possible just because we don’t want to overwhelm the health care systems,” she said. “Also, we don’t know if you can contract COVID more than once.

“Once was enough,” the 30-year-old said. “I don’t want it again, and I don’t want anyone in my family to get it either.”