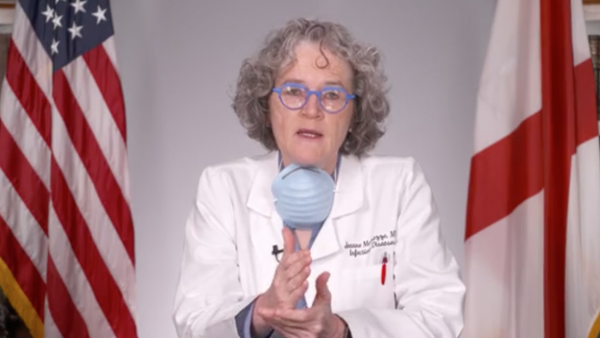 Health officials in Alabama expressed deep concerns Friday about the spread of coronavirus as the state eased restrictions on close-contact businesses and church gatherings.

Dr. Jeanne Marrazzo, director of UAB’s division of infectious diseases, said the average number of daily cases and deaths related to COVID-19 are increasing, with a near record number of 355 cases and at least 25 deaths reported in a single day this week. As of Friday afternoon, more than 9,000 people have tested positive for the virus and 374 people have died statewide.

Marrazzo said she expects to see more cases identified as testing increases, but she said the spike in fatalities is especially concerning.

“When we’re still seeing deaths accumulating like that, that means these are significant increases in the rate of infection overall and progression to the overall thing we want to prevent,” Marrazzo said at a press conference Friday.

She said those numbers will likely continue to increase as more people leave their homes and restrictions are lifted.

After allowing some retail stores to reopen at the beginning of May, Alabama Gov. Kay Ivey announced Friday that more businesses can open starting Monday.

Wilson recommended that people refrain from gatherings of 10 or more, including churches, for at least another two weeks. He stressed these are his recommendations, not orders.

“Just because you’re allowed to do something doesn’t mean it’s the smart thing or the right thing to do,” Wilson said.

He said the county health department is available to offer guidance to restaurant owners who want to implement safety guidelines, but reopening must happen with an abundance of caution.

“I am very very concerned about the fact that we do not have decreasing incidence of disease in the community,” Wilson said. “COVID-19 is still with us. It’s still with us quite steadily.”

U.S. Democratic Sen. Doug Jones said he, too, has concerns about the state loosening restrictions, but he said officials are trying to balance opening the economy while following the advice of medical professionals. His biggest concern is that Alabamians are not practicing social distancing.

At Friday’s press conference, Jones said the virus is still a dangerous threat and if people do go out in public, they should continue to follow guidelines.

Marrazzo said as long as case numbers are increasing, there is undoubtedly community transmission of COVID-19. She said a second wave of the infection is possible, though it’s difficult to predict the severity of it. She said that will likely depend upon how quickly guidelines are lifted and how people respond.

“If everybody just starts acting like it’s a normal summer, then I suspect we will see a very bad fall ahead,” Marrazzo said.

Marrazzo said because testing has been limited and guidelines are now being lifted, it is difficult to get an accurate picture of the disease burden throughout Alabama. She said the state should test as many people as possible and if case numbers begin to decline, officials should focus on contact tracing to detect potential future outbreaks.