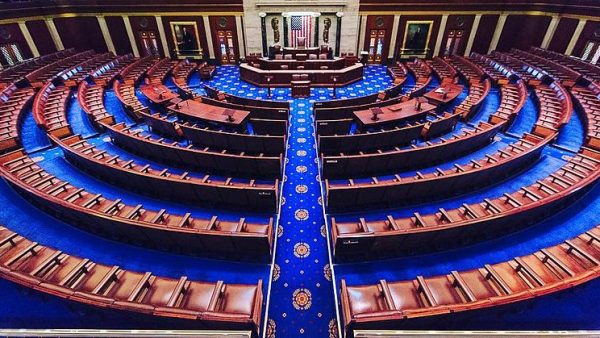 KEY VOTES AHEAD: The House will take up measures concerning age discrimination in the workplace and student loan forgiveness the week of Jan. 13, while the Senate will vote on judicial and executive branch nominations and possibly a measure restraining the administration’s actions against Iran.

WASHINGTON — Alabama’s representatives in the U.S. House last week flipped votes on two issues concerning regulation of PFAS chemicals, which have been linked to cancer and found in levels above those allowed by the EPA in the Tennessee River, drinking water and land in northern Alabama.

Alabama’s lone Democrat in the House voted for a bill addressing cleanup of PFAS contamination, and the Republicans who voted gave it a thumbs-down. Then the Republicans voted for a motion to specifically name unborn children among the populations that should be protected from PFAS exposure, and the Democrat voted against it.

The House voted 247-159 to pass HR 535 on Jan. 10. The bill would give the Environmental Protection Agency one year to designate the class of chemicals known as PFAS for coverage by the federal Superfund law, which requires abandoned toxic sites to be cleaned up and imposes retroactive legal liability on those responsible for the pollution. The designation would require cleanup actions near scores of military bases and manufacturing sites throughout the United States where PFAS compounds have leached into groundwater and drinking water. But they would join a long list of Superfund sites awaiting remediation.

The bill also would require the EPA to set standards for PFA air emissions and levels in drinking water and test all PFAS compounds within five years, and it would bar new compounds from the marketplace.

PFAS stands for perfluoroalkyl and polyfluoroalkyl substances. They are components of fire-fighting foam used at airports and military installations as well as nonstick cookware; personal-care products including floss and makeup; household items including paints and stains; water-repellent clothing and carpeting; and other everyday products. There are more about 7,800 PFA compounds, some of which the Food and Drug Administration has approved for use in food packaging and medical devices, others of which are linked to health conditions including kidney, liver, testicular and pancreatic cancers; infertility; weakened immune systems and impaired childhood development.

Mary Gay Scanlon, D-Pa., said: “The fact of the matter is that the federal government has known about the dangers presented by PFAS for years. The chemical industry has known for even longer and, unsurprisingly, has fought tooth and nail against efforts to regulate their distribution and use.”

Debbie Lesko, R-Ariz., said “I don’t hear my Democratic colleagues here talking about the PFAS chemicals that are helping people,” such as devices that plug holes in infants’ hearts. She said the bill “creates an unrealistic condition that EPA must require manufacturers and processors to test each chemical in the entire PFAS class, a task that will be enormously expensive and time-consuming.”

The second vote concerning PFAS was a Republican-sponsored motion specifying that “the unborn child” be included in the “vulnerable populations” protected from PFAS in HR 535. The House defeated that motion on a vote of 187-219.

Cathy McMorris Rodgers, R-Wash., said the act “already identifies pregnant women as an at-risk group. However, there is not just one, there are two people at risk, the pregnant woman and the unborn child.”

Here’s how Alabama’s members of Congress voted on other major issues during the legislative week ending Jan. 10.

The House on Jan. 9 voted, 224 for and 194 against, to require the administration to obtain advance congressional approval for military actions against Iran or its proxy forces except when there is an imminent threat to the United States, its armed forces or its territories.

The measure (H Con Res 83) invoked the 1973 War Powers Resolution, which asserts the power of Congress to declare war under Article I of the Constitution. Under the Vietnam-era law, presidents must notify Congress within 48 hours when they send the U.S. military into combat, then withdraw the forces within a specified period unless Congress has declared war against the enemy or otherwise authorized the action.

Democrats said the measure will have privileged status in the Senate and be eligible for passage by a majority vote there. But Republicans called it non-binding. The war-powers law has never been successfully used to end hostilities abroad. Last year, the House and Senate invoked it to end America’s military involvement in Yemen’s civil war but were turned back when President Trump successfully vetoed the measure.

Thomas Massie, R-Ky., said: “This vote isn’t about supporting or opposing President Trump … . [It] is about exercising our constitutional authority. More importantly, it is about our moral obligation to decide when and where our troops are going to be asked to give their lives.”

Don Bacon, R-Neb., said the resolution “is designed to embarrass our president in front of the world and, in reality, gives comfort to Iran’s leadership. It weakens America and emboldens our enemies.”

A yes vote was to send the measure to the Senate.

Voting 86 for and 5 against, the Senate on Jan. 6 confirmed Jovita Carranza, the United States treasurer since June 2017, as administrator of the Small Business Administration, replacing Linda McMahon, who resigned in April 2019. After a career of nearly three decades with UPS, Carranza served as deputy SBA administrator under President George W. Bush from 2006 to 2009. Carranza, 71, was raised in Chicago as the child of immigrants from Mexico.

Benjamin Cardin, D-Md., said: “In nearly 30 years at UPS, where she began as a part-time package handler, Treasurer Carranza became the highest-ranking Latina in the history of the company … . I am optimistic that (she) can be the leader and advocate that SBA and American small businesses need right now.”

No senator spoke against the nominee.

A yes vote was to confirm Carranza.