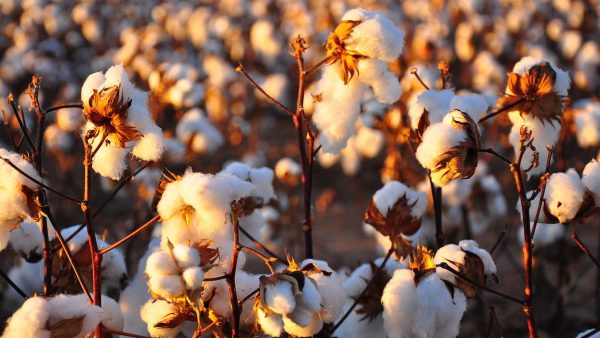 A new virus is threatening Alabama’s cotton crop. Many of the state’s cotton farmers are monitoring their fields more closely after agriculture officials issued warnings about the disease. The cotton leafroll dwarf virus has no known cure. The disease is in other southeastern states, and it has reduced cotton yields — measured in bales — by the tens of thousands.

The virus, which is transmitted by aphids, was first discovered in Alabama in 2017. Today it’s in 24 counties. WBHM’s Andrew Yeager spoke with Austin Hagan, plant pathologist with the Alabama Cooperative Extension System. Hagan says researchers are trying to get a clearer picture of the damage so far from the virus. “That’s why this year we’ve got a more aggressive survey program in order to try and establish the distribution and severity of the disease,” Hagan says. “Now we’ve got to put some numbers behind them.” Hagan says officials are trying to determine whether the virus is intensifying.

The impact of the virus has varied across the state. There were major losses in Baldwin County. A number of cotton fields there had 100% infection levels and didn’t yield any cotton and showed severe damage, Hagan says. Other fields, the virus appeared to have hit late enough and resulted in smaller yield loss. But overall, he says, the loss has been relatively small — several thousand acres compared with 340,000 acres of cotton across the state.