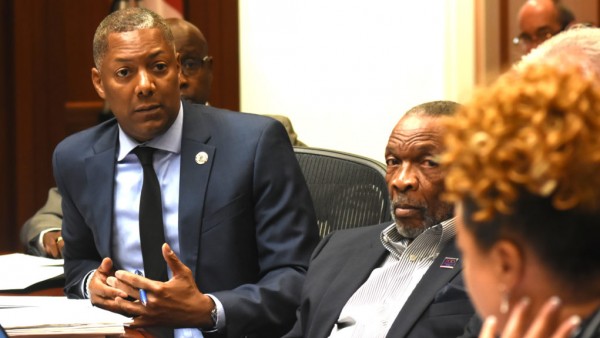 Jefferson County Commissioners learned during their committee meeting Monday that the county is on the hook for more than $1 million in back payments for Medicare and Medicaid that was overpaid when Cooper Green was a hospital.

The situation was uncovered as the result of an audit ordered by the Centers for Medicare and Medicaid services. The problem dates back to 2008.

“It’s a problem we inherited when we came on the commission in 2010,” Commission President Jimmie Stephens said. “They lacked the discipline and the resources to bill their Medicare and Medicaid properly. It’s a problem that we actually solved and attempted to correct but it was very difficult to do.”

The audit discussed Monday covers the period from 2008 until the hospital closed, Stephens said, which was after the end of 2012.

“Hopefully this will bring a final resolution to that matter,” he said.

John Henry, the county’s chief financial officer, provided cautious optimism. He told commissioners that CMS indicated it has no open cases against the county at this time.

Henry said Cooper Green’s dealings with Medicare and Medicaid were tied to Jefferson County’s tax ID number. He said the county doesn’t have records to dispute the assertion that overpayments were made.

Commissioner Sheila Tyson chimed in, “As long as they can squeeze milk out of that cow, they are going to squeeze it until they squeeze it dry.”

“What I don’t want is a history lesson repeated,” she said. “That’s the definition of stupidity.  You keep doing the same thing and expecting different results.”

“We don’t think it will have an adverse effect on the fund balance,” he said, adding that since Cooper Green is no longer a hospital, there are fewer Medicare billings.

Jefferson County is continuing its due diligence toward the creation of a UAB Healthcare Authority. The Indigent Care Fund will go to the health care authority to provide care for the county’s poor.

Commissioners were told about a move by the Sheriff’s Department to donate three Crown Victoria vehicles to the City of Graysville, which is forming its own police department.

Scales questioned the donation, asking whether one of the three vehicles could go to cash-strapped Fairfield. After discussion, Scales agreed for the matter to be moved to Tuesday’s meeting agenda, provided efforts are made to identify other vehicles that can be donated to Fairfield.

Stephens noted that Fairfield was among the financially challenged cities that previously received retired vehicles from Jefferson County.

Commissioners also sent resolutions to Tuesday’s commission agenda to provide operating funds of $270,700 to 27 senior centers across Jefferson County. Each got $10,000 except for JCCEO/Midfield Senior Center, which got $17,000 because two programs were combined there.

Tyson was concerned that the senior centers should get more money.

“They don’t want to just sit up and look at four walls and play dominoes and cards,” she said of senior citizens in the county. “That’s not being productive. I would like more activities. We can look into some grants” to provide more funds.