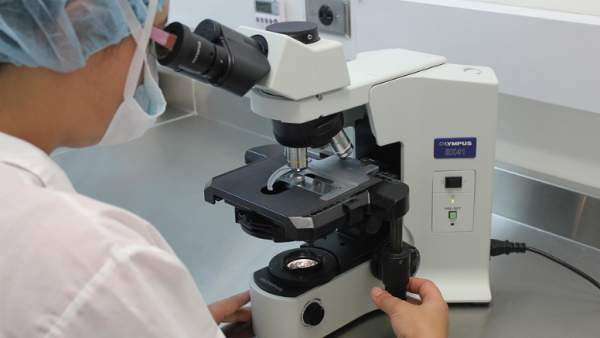 So far, the Sexual Assault Kit Initiative in Jefferson County has generated more questions than answers.

The biggest question: How did 3,876 sexual assault kits not get submitted to the Department of Forensic Sciences for testing?

“There’s no way for me to know that yet,” said Michele Yarbrough, general counsel and business manager for the Jefferson County District Attorney’s Office.

The district attorney’s office was awarded a $1.5 million grant in October 2016 for the Sexual Assault Kit Initiative, an inventory of sexual assault kits in all 27 law enforcement jurisdictions in Jefferson County.

That inventory yielded a finding that out of 4,999 kits, 3,876 were identified as having not been submitted for testing.

“I would be lying if I said it did not set off every alarm bell in my system,” Yarbrough said. “As someone who is a woman and lives here in Jefferson County, it was extremely alarming to me.”

Yarbrough said the situation in Jefferson County is sadly repeated across the country.

“We’re at our second phase of the project where we’re working with our MDT (multi-disciplinary team), assessing the kits that were previously unsubmitted and figuring out the reasons why,” she said. “(Staffers are) then working through how we prioritize those kits for testing collaboratively with law enforcement and members from the Crisis Center, the DFS and even the U.S. Attorney’s Office.

“We’re working together to work through that because not any one of us has an answer for that,” Yarbrough added. “That’s something that we collectively have to come to.

The reasons for the unsubmitted kits can vary greatly. As authorities continue to move with the grant, they’ll have a better understanding of how the situation reached this point.

“The most important thing,” she said, “is that we never get here again for victim/survivors. Never, never, never again.”

Yarbrough was at a recent committee meeting of the Jefferson County Commission. Her announcement of the unsubmitted assault kits caused jaws to drop.

The startling number of unsubmitted assault kits was the first question. The next queries addressed dealing with those old kits without creating a backlog of current cases.

“It’s a two-prong kind of approach how we go about this,” the attorney said. “You can’t over tap the current system in working the backlog.”

Having the right resources is key, she said, to handle the backlog without placing stress on the current system.

“So that you don’t ever have this happen again,” Yarbrough said. “There are differing things that have been put in place already to go ahead and start the process of making sure that we have a very wide team approach so that we never have this again.”

The district attorney’s office was able to hire an investigator with the SAKI grant and plans to seek another through another grant.

“One of our big pushes with that will be to add additional investigators to work on these cold cases,” Yarbrough said. “When you look and you realize that there are 3,876 unsubmitted kits and 3,400 or so are within the city of Birmingham, there’s not enough police officers countywide for how we go about addressing it. Us as a partner, we want to make sure we do our part to bring as much of the needed resources.”