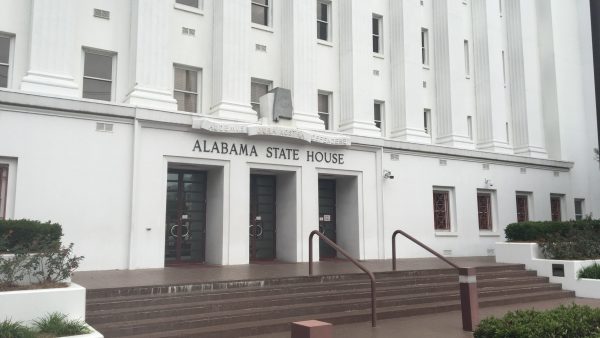 Republican Senate candidate Dan Roberts and Democratic House candidate Neil Rafferty will be a part of a large freshman group in the 2019 Alabama Legislature after 22 House members and 10 senators retired in 2018 or resigned to seek other offices or positions.

Based on unofficial results from Tuesday’s vote, the Jefferson County legislative delegation will include the following lawmakers who won the general election. Other incumbents were re-elected with no opposition:

In the open seat representing Senate District 15, Republican candidate
Roberts ran unopposed and was elected to the seat previously held by Republican Sen. Slade Blackwell. Blackwell resigned in early 2018 to seek the GOP nomination for governor then dropped out of the race after about 72 hours. Roberts, a first-time candidate, is a Birmingham businessman.

In the delegation’s other open seat, Democrat Rafferty defeated independent Joseph Casper Baker III to fill the District 54 position vacated by Democrat Patricia Todd, who resigned. Rafferty, a former Marine corporal who works with Birmingham AIDS Outreach, garnered 90 percent of the vote. He lives in the Crestwood North community.

In the race for House District 15, Republican incumbent Rep. Allen Farleyof McCalla defeated challenger Suzanna Coleman of McCalla, an attorney in her first run for political office. The win earned Farley a third term in the Alabama House.

In House District 45, Republican incumbent Rep. Richard “Dickie” Drake, 72, of Leeds, defeated Democratic challenger Jenn Gray of Irondale by a closer-than-most margin of 53.53 percent for Drake and 46.45 for Gray. Drake originally was elected to the Senate in a 2011 special election and was reelected in 2014. Gray is a political newcomer.

In House District 46, Republican incumbent Rep. David Faulkner, 50, of Birmingham defeated Democrat Felicia Stewart of Mountain Brook, a first-time candidate. Faulkner is an attorney first elected to the House in 2014.

In House District 47, Republican incumbent Rep. David Wheeler, 68, of Vestavia Hills, defeated Democratic challenger Jim Toomey, 68, a first-time candidate and retired IT specialist. The vote was 54.29 percent for Wheeler and 45.66 percent for Toomey. Wheeler was first elected in 2014.

In other legislative districts that represent Jefferson County residents, incumbents faced no opposition in the general election and are headed back for 2019 legislative sessions.

Incumbents Re-Elected to the Senate Without Opposition

Democratic incumbent Sen. Priscilla Dunn, 75, of Bessemer, first elected District 19 state senator in 2009. She served in the Alabama House from 1998 to 2009.

Democratic incumbent Sen. Linda Coleman-Madison, who has represented Senate District 20 since 2006. Coleman-Madison previously served in the Alabama House from 2002 to 2006 and on the Birmingham City Council from 1985 to 1997.

Republican incumbent Sen. Shay Shelnutt, 51, of Trussville, who has represented Senate District 17 since 2014.

Incumbents Re-Elected to the House Without Opposition

Democratic incumbent Rep. Louise “Lulu” Alexander of Bessemer who has represented House District 56 since 2014. She was a Bessemer City Council member from 1998 to 2010.

Democratic incumbent Rep. Merika Coleman of Birmingham, who has represented House District 57 since 2006.

Democratic incumbent Rep. Rolanda Harris of Birmingham, who has served House District 58 since 2017.

Democratic incumbent Rep. Mary Moore of north Birmingham, who has served House District 59 since 2002. She was a Birmingham City School board member from 1998 to 2002.

Democratic incumbent Rep. Juandalynn Givan of Birmingham, who has represented House District 60 since 2010.

Republican incumbent Rep. Kyle South of Fayette, who has represented House District 16 since 2014. District 16 includes some north and southwest communities in Jefferson County, plus parts of Fayette, Lamar and other counties, west to the Mississippi state line.

Gov. Kay Ivey was sworn in this morning along with other constitutional officers in a ceremony of pomp and circumstances on the red carpet-lined steps of the Alabama Capitol.

A gasoline tax increase to fund road improvements is expected to be a major topic of the 2019 Alabama legislative session.

In a recent meeting during which two new Birmingham City Council members were appointed, councilors gave clear signals that they’re ready to take on a rewrite of the law that governs separation of powers in Birmingham’s municipal government.

Several schools in the Birmingham metro area show significant improvements in achievement in this year’s Alabama State Report Card, which grades the performance of public schools.

Alabama Attorney General Steve Marshall was criticized for taking over the case of the shooting death of a black man by police, but his office says intervening in cases held by local district attorneys is common.