The Queer Library: A New Home for LGBT Literature 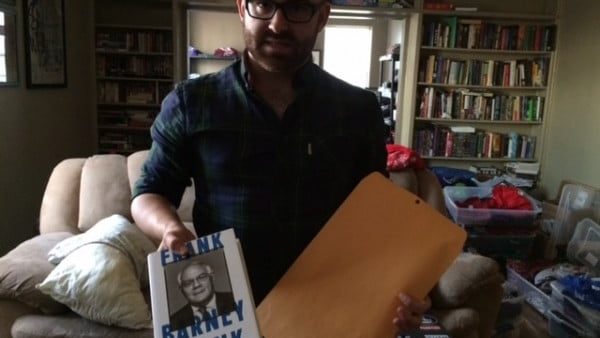 Steven Romeo is the founder of the Queer Library. His cluttered apartment in Birmingham serves as the headquarters.

Lesbian, gay, bisexual and transgender literature is gaining popularity. Experts think this is due to political progress, like the legalization of same-sex marriage. Many LGBT people struggling with their identity turn to books for solace and information, but searching for LGBT content in public can be uncomfortable. Enter the Queer Library, a new, online home exclusively for LGBT literature.

It’s the brainchild of Change Project founder Steven Romeo. From fiction to mystery to young adult, books are sorted into skewed stacks on the floor lining the living room and hallway of Romeo’s Birmingham apartment. The library works a lot like Netflix. 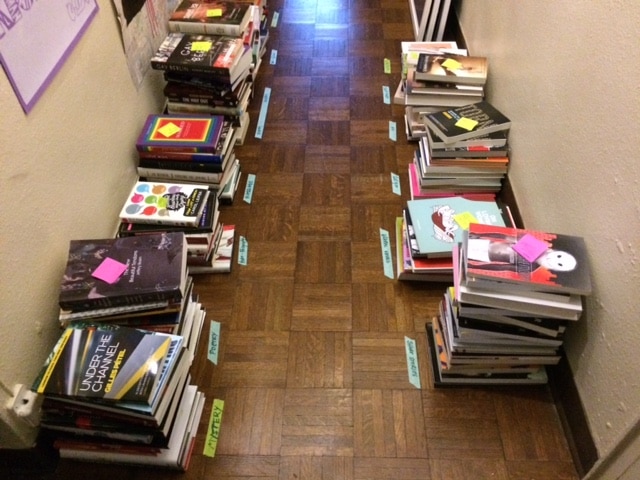 Esther Ciammachilli,WBHM
The hallway in Romeo’s apartment is lined with books, all sorted into specific genres.

“You have the option of spending seven dollars a month to receive one book in the mail that you get for 28 days,” Romeo says. “The library will automatically notify you when the book is due or ready to be put back in the mail. If you don’t put it back in the mail, we won’t ship you another book.”

Seems pretty straight forward, or is it queerly forward?

What sets the Queer Library apart from others is that every book is written by an LGBT author or contains LGBT content. They’ve collected roughly 600 books at this point, with more on the way. Collections in other public library systems pale in comparison.

Jennifer Collins, the library’s curator, says they’re targeting people from all walks of life, with one particular demographic at the center.

“You have some people that are still very marginalized who may be that one person that looks online and somebody has directed them to the Queer Library,” says Collins. “Someone who has not come out yet, someone who is afraid in their own hometown.”

Books are shipped in plain packaging and this is important. Some LGBT people are still in the closet, or living in areas where being LGBT isn’t accepted. This makes privacy paramount, especially in Alabama where a big LGBT void exists.

“In Alabama, it’s kind of like, you know how you have food deserts? We have an LGBT desert because there’s not a lot of resources and information and books and literature,” says Joshua Glenn who grew up in a conservative, Christian household in Alabama.

Glenn says he felt isolated by his sexuality when he was younger. An avid reader, he says having more LGBT literature available when he was growing up would’ve helped him better understand his own identity. A service like the Queer Library could be a beacon that “…would not only help someone who’s questioning and wants to come out, or who’ve been out for years and maybe just don’t know the history or don’t have the resources for things,” Glenn says. “But I think it would also help parents, or family members or people who need to understand, whether they’re teachers or whatever the case may be.” 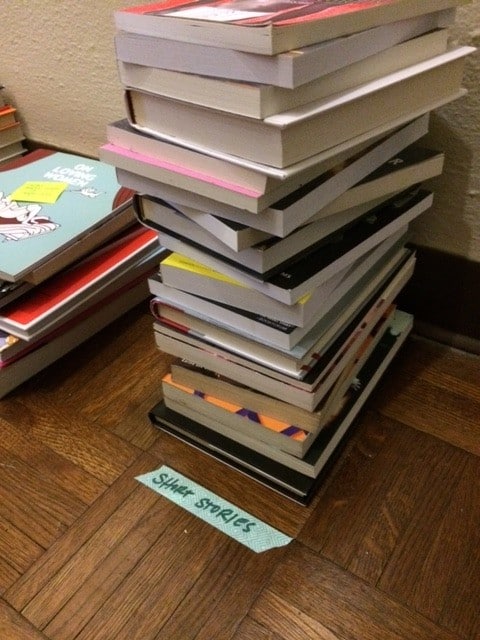 The Queer Library comes when LGBT literature is gaining popularity, but also seems to be disappearing from bookstores. It’s unclear why this is, but Deb Sica with the American Library Association says it could be pushback to advances in LGBT civil rights. The counter to that is,”…We as librarians or book people have a responsibility to elevate that conversation to say that you know if one person disagrees doesn’t mean that the material becomes invisible for somebody else,” Sica says.

The Queer Library launched in mid-November, and Steven Romeo says so far 10 people have signed up.