The A.G. Gaston Motel in Birmingham: A Civil Rights Landmark 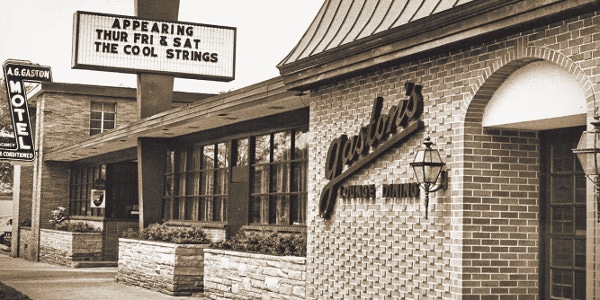 Many names are associated with the Civil Rights Movement, but sometimes buildings can hold just as much importance. Once such building is Birmingham’s A.G. Gaston Motel. Martin Luther King, Jr. and other civil rights leaders stayed there and it served as the headquarters for the Birmingham movement. Marie A. Sutton wrote about the history of the building in her new book The A.G. Gaston Motel in Birmingham: A Civil Rights Landmark.

Arthur George Gaston was born in Demopolis, Alabama, in 1892 and moved to Birmingham as a teen. He was the grandson of slaves but built up a business empire by providing services to segregated blacks who were shut out of the white community.

“He had the good mind to create businesses to fill those needs,” said Sutton.

Gaston starting by offering burial services. His business grew to include insurance, banking and construction operations.

Gaston’s idea for the hotel emerged when he attended a religious conference in Oxford, England, in 1951. He heard a black Baptist organization was interested in holding a convention in Birmingham, but travel for blacks was difficult in the Jim Crowe South

Since most hotels wouldn’t accept blacks, they had to stay with friends or perhaps a pastor.

“So he though I need to put together a hotel,” said Sutton. “Again it was filling a need.”

When the A.G. Gaston Motel opened in 1954, it was first-class with the latest amenities.

“It meant so much to the black community,” Sutton said. “Here at this fine motel, blacks were welcomed with open arms and not only were they welcomed [but] the name on the outside was an African-American just like them.”

As civil rights issues gathered steam in Birmingham, the hotel became the default headquarters for Martin Luther King, Jr. and other leaders because as blacks they had no where else to stay.

“Then when it was all said and done, they would come together, lock arms, sing ‘We Shall Overcome’ and walk out of the Gaston Motel in solidarity,” said Sutton.

The motel was bombed and Gaston paid bail for civil rights protestors but he was not personally supportive of King and the movement.

“[King] was more radical in Gaston’s eyes,” Sutton said. Gaston built up his businesses from the ground and from up within the system. So while he was against segregation, he didn’t believe protest was the way to fight it.

“He felt like things should be handled via meetings, via sitting down and talking with the businessmen,” Sutton said. “Because a lot of the white businessmen were his colleagues and dare I say friends.”

After integration the A. G. Gaston Motel became a refuge for black professionals venturing into a white dominated corporate world. Sutton said she interviewed managers who were the only blacks in their department.

“They were considered aliens at work,” Said Sutton. “But then they would come to the Gaston and have a drink during happy hour and chat with other people who were in the same boat as them.”

But integration also meant blacks could stay at other places. The A. G. Gaston Motel slowly lost business, closed and was converted into subsidized housing in the 1980s.

Today the building is vacant.

The building is owned by the City of Birmingham. She said she’s contacted the city about the motel’s fate but hasn’t received any response.