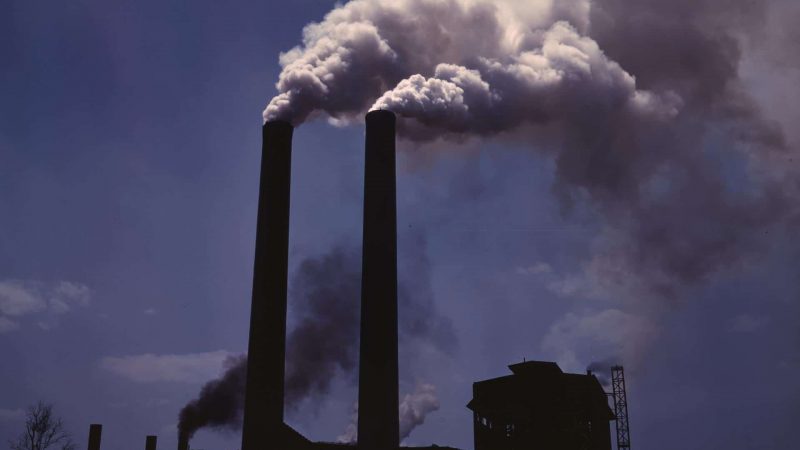 Our award-winning 2011 story is below. The main facts of the story have not changed.

The Walter Coke plant in North Birmingham makes high-grade coke used in blast furnaces and foundries. But according to a class-action lawsuit, that’s not all it makes: property owners allege carcinogens from the plant have drastically lowered their property values. But for people living and going to school in this industrial area, that’s just the tip of the iceberg. WBHM’s Southern Education Desk reporter Dan Carsen has more:

A long string of rail cars carrying coal slows to a stop at a railroad crossing in Birmingham’s Collegeville neighborhood. Trucks smeared with black dust idle as hot diesel fumes quiver in the air. Besides making it hard for people to get in or out, the trains point to the sources of another problem:

“We have a lot of issues with pollution: every day white smoke, standing water, smells that smell toxic. And the funeral homes get good business, ’cause just about every week we have so many funerals in the area, it’s sad. And most people out here have cancer, skin disorders, and breathing problems.”

That’s Keisha Brown, a parent and something of a community leader. She’s made it her mission to spread whatever information she can get about the various contaminants in the area. And she’s concerned with generations of families, including her own, going to Hudson K-through-8 school, one of many that have had unhealthy soil, air, or both:

“I was not aware of it. My child went there three or four years. And he also went to Calloway HeadStart, one of the schools that was also tested. I’m a former Carver High School student, and I went to Calloway when it was an elementary school, so I’m worried because all the schools we went to in this area are contaminated.”

Walter Coke, one of the big operators in the area, recently replaced the soil at Hudson School and the nearby Riggins Alternative School, and is planning to do the same at 23 homes. This comes after the EPA found high levels of arsenic and polycyclic aromatic hydrocarbons, or PAHs. Both can cause cancer. And those are just a few of the issues facing Collegeville, Harriman Park, and other mainly African-American neighborhoods.

Birmingham was founded on heavy industry, and industry has heavy political “pull” here, employing thousands and supporting local philanthropy. And that context is probably related the fact that you can very clearly hear the sound of the Walter coke plant from the grounds of Riggins Alternative School, just a stone’s throw away. The plant opened in 1920. Riggins, which closed after this past school year for reasons unrelated to pollution, was built in 1956. So yes, that’s right: a school that served already troubled students was built so close to an established industrial facility that there’s noise pollution, not to mention a chemical smell and intermittent plumes of smoke or steam. Another coke-processor, Drummond Company’s ABC Coke, is visible about a mile away. There are also dozens of smaller industrial operations, several highways, and an airport nearby. There are other schools and residential neighborhoods nearby, too.

“This has been a highly industrialized area for over a century. North Birmingham had industry long before it had residences. And, you know, there are a number of different industries that either are or have operated in North Birmingham over the years.”

One root of the problem is that schools require large parcels of land, and land costs money. And the most affordable land near population centers is often land no one else really wants: land in industrial areas.

Though the EPA is drafting new school-siting guidelines, there’s no federal or state requirement to test for soil toxins at new school sites, even in industrial areas. That fact has come into sharp focus around the Hudson School, where the original 1951 building was replaced, on contaminated soil, in 2009. According to Bob Morgan, the school system’s Director of Capital Projects, the status of the soil officially came into question just as construction was ending:

“It may have been a couple of months, but it was a very short time frame. The school was basically constructed, and we were moving in furniture at the time, ready to occupy the school.”

By the time those EPA soil sample results were analyzed, students had been in the new building for almost a whole school year. But the soil’s not the only contamination problem at schools. Nudged by a 2009 USA Today series on school pollution, the EPA decided to do short-term monitoring of the air at schools in 22 states and 2 tribal reservations. The air in nine of the areas, including Birmingham, warranted further long-term monitoring. Here, the air had potentially harmful levels of benzene, arsenic, and PAHs at Riggins, Hudson School, North Birmingham Elementary, and Lewis Elementary. Enough manganese was also found in the air at Lewis that the EPA is concerned about concentrations closer to the source, wherever that may be.

Paul Wagner of the EPA says, “Rather than work based on potentials, we decided it would be a better idea to go back and actually do the monitoring for a year so we would know what the levels are.”

Wagner explains that a full year of monitoring is standard because that’s the minimum for long-term exposure data to be conclusive. Air monitors are now collecting samples at Riggins, Hudson, and Lewis Elementary and some non-school sites as part of a 12-month follow-up. Wagner adds:

That would take a few months beyond the year of monitoring. Government agencies have to wait for the data before assessing risks, let alone making policy recommendations or regulatory decisions. But waiting all that time is easier when your kids aren’t going to a school or playing in a yard where the air and soil may be dangerous. Keisha Brown, whose neighbor’s yard has high levels of arsenic, is just one vocal example:

“They’re telling us you can’t go outdoors because the soil might be toxic – the kids can’t play. You can’t confine a child to a house every day. We have a lot of issues out here and we need to come together and try to do something because the clock is ticking.”

Though determining actual levels and sources of contamination, let alone legal responsibility, let alone solutions, makes almost anything else seem simple, there’s one fact that’s uncomplicated and undeniable: All over Birmingham, and across the country, there are schools close to sources of pollution. And while we learn more about the scope of the problem, the kids are still going to school.