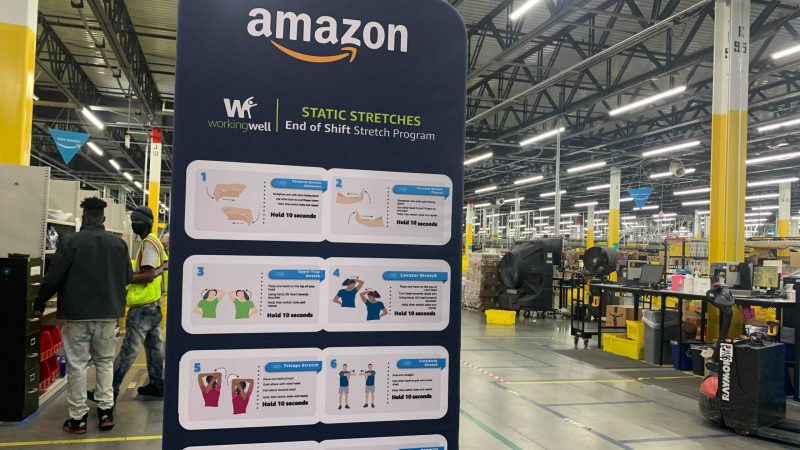 Instructions for stretching and light exercise are scattered throughout the Amazon Bessemer facility. Workers are prompted to stretch each time they clock in.

Workers at the Amazon Fulfillment Center in Bessemer are set to vote on unionization beginning February 8.

It will be the online retailer’s first union vote in the U.S. in seven years, and the first election to encompass an entire warehouse of workers, which Amazon refers to as “fulfillment associates.”

Today, Lisa Henderson, the Acting Regional Director for the National Labor Relations Board (NLRB) who oversees the Southeast, ordered the vote to be conducted entirely by mail. In her ruling, she cited the presence of COVID-19 both in Amazon’s facility and a 17% positivity rate in the surrounding areas.

Amazon went to great lengths to request an in-person election, including free testing for all participants, a sanitized and isolated hotel floor for election workers, and a digital monitoring tool dubbed “Distance Assistant” to enforce social distancing.

Henderson said the measures were both “creative” and “laudable,” but ultimately unpersuasive. Instead, she relied on precedent from recent NLRB elections that states “the COVID-19 pandemic indisputably warrants mail-ballot elections in appropriate circumstances.”

Approximately 6,000 workers will be eligible to vote, making this the largest union election in the country since the pandemic began. The election is scheduled to last seven weeks, providing enough time to mail, return, and process each ballot.

The decision itself is straightforward. Workers are voting “yes” or “no” on whether they want to be represented by the Retail Workers and Department Store Union. The RWDSU is one of the smaller national unions. It’s headquartered in New York City, but it’s Mid-South Council, based in Birmingham, is one of the largest regional offices.

The union has already tweeted about their excitement for the upcoming vote, while Amazon went live with an anti-union campaign, DoItWithoutDues.com. In multiple statements, Amazon has maintained that the unionization effort “does not represent the majority of our employees’ views.”

Congratulations everyone, we’re thrilled to share we have a date for our #union election to begin. More details are coming soon but we wanted to share this incredible news! #1U #BamazonUnion #UnionStrong pic.twitter.com/T9cEmchmmo

Workers will have until March 29 to submit their ballots. Baring a request for review or stay, counting is the following day, with the results expected shortly after. 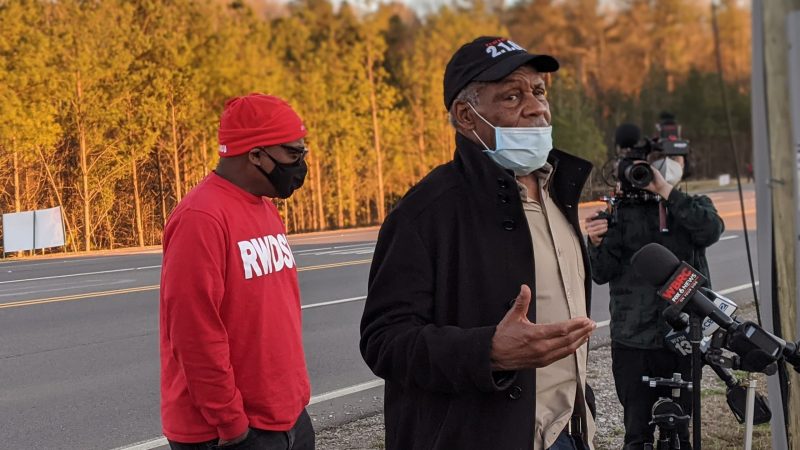 The "Lethal Weapon" star briefly spoke with workers leaving the facility. He told reporters that the unionization effort in Bessemer is part of a long history of fighting for labor rights.