Birmingham Could Be Two Weeks Away From NYC COVID-19 Rates 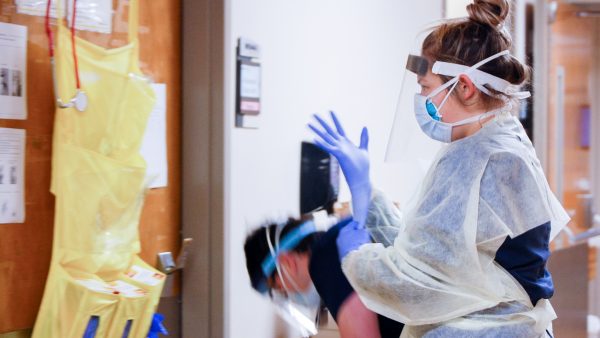 As of Wednesday morning, Alabama has confirmed about 1,000 cases of the coronavirus. Those numbers are nowhere near hot spots such as New York, Louisiana or Washington, but public health officials here are expecting things to get worse. For perspective on how the coronavirus outbreak looks around Birmingham, WBHM’s Andrew Yeager spoke with Dr. Jeanne Marrazzo, director of the division of infectious diseases at the University of Alabama at Birmingham.

Marrazzo says Alabama lags other areas of the country in terms of how the virus has spread. She estimates Birmingham is about two weeks behind New York City, where field hospitals are opening in Central Park to handle COVID-19 patients, and about six weeks behind Seattle, where data indicates the pandemic may be slowing.

“That sort of gives us a little bit of a window to hope and pray that the social distancing measures that were implemented in some of our cities … might actually be able to blunt the peak of the infections that we would see otherwise,” Marrazzo says.

She says it’s open to question whether Alabama can keep the infection rate low enough to prevent hospitals from being overwhelmed. Marrazzo recently heard stories from the hardest hit hospitals of as many as 16 people an hour being placed on ventilators.

“Will we avoid that? I am desperately hoping so,” Marrazzo says.

Numbers released from UAB Hospital Tuesday show a leveling off of coronavirus patients over the last 4 days.

She says it’s a glimmer of hope and possibly a sign that social distancing is having an effect.

But Marrazzo cautions the virus remains difficult to defeat. A report released Tuesday from the Centers for Disease Control and Prevention confirms there is asymptomatic transmission, meaning people who are infected with the coronavirus but don’t show symptoms are spreading it.

“The concern I have is that this may be a little bit of a lull. Maybe we’re buying some time but that we will see an increase in people coming into the hospital,” Marrazzo says.

She says another concern, which she doesn’t believe gets enough attention, is that COVID-19 strikes those with chronic illness hard, especially in death rates. Those conditions include diabetes, emphysema, asthma, cardiovascular disease and obesity. The Deep South has higher rates of those diseases.

“That could be a powder keg for us that I really hope we can avoid,” Marrazzo says.

Gov. Kay Ivey closed all nonessential businesses statewide Friday to prevent the spread of the coronavirus, but some criticized her for not issuing a “stay-a-home” order as some governors have. The city of Birmingham issued one as well. Marrazzo says Ivey’s policy is very close to a “stay-at-home” order and sends a strong message.

“I think getting to that point for the state was a huge win, particularly when you look at what’s happening in Florida,” Marrazzo says.

Florida Gov. Ron DeSantis has resisted implementing stricter measures to fight the coronavirus and has not closed beaches statewide. Florida also has a large elderly population, which is more vulnerable to COVID-19.

“It’s not perfect,” Marrazzo says. “Maybe it’s not as rigorous as we would have liked, but I think it’s a huge step in the right direction and I’m really hopeful it’s going to make a difference.”