A Year In The Life Of A Dying Alabama Mall 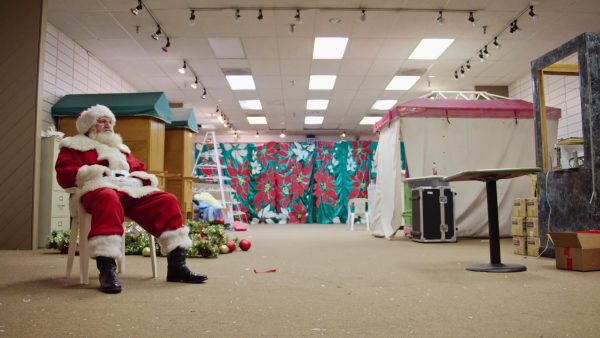 A generation ago the mall was THE place to be. But with the rise of online shopping, many indoor malls have suffered. A documentary playing at the Sidewalk Film Festival later this month looks at one dying mall here in Alabama. It’s called “Jasper Mall” and is named for the shopping center in Walker County, northwest of Birmingham. Co-directors Bradford Thomason and Brett Whitcomb spent a year shooting the film. WBHM’s Andrew Yeager spoke with Thomason.

Seeing the Jasper Mall for the first time:

I was driving back from Nashville one day and saw that the Jasper Mall was right there and just pulled off and walked around for a little while and was immediately taken by how it looked. It hadn’t been remodeled since it opened. The fountain was still intact. Now there’s real plants inside of it. The tile is just like the tile work from the malls of our childhood. I immediately started sending Brett photos of it and said, “Hey, we’ve got to look closer at this this.” Once we met the people inside and started to connect with the stories that we tell in the film, I think we knew we had to make the film.

There’d be days when (mall caretaker) Mike would contact us and say, “Hey, we’re having a quartet performance in the mall today” or “There’s going to be a carnival here this weekend.” He would alert us to things like that happening. We would also go with no plan. We’d get there. We’d check in with Mike and see if there’s anything going on. If there was, then we’d follow him around a little bit. If there wasn’t, then we would sometimes just sit in the food court with our gear and just wait for stuff to happen, which you can imagine looked kind of strange to have two people with professional camera gear just sitting in the middle of mall [at] 8 p.m. on a Tuesday, but we did it.

How his thoughts on malls have changed:

I have a better understanding of even in a mall that is at 50% capacity or whatever the capacity is at Jasper, people have businesses and have lives. There are stories and there are teenagers coming and going still. There’s a lot of elderly people there. I knew that there were mall walkers, but I didn’t know just how many. I didn’t know how there were regulars. I certainly didn’t know there were men who played dominos in the mall. It takes on a sort of community center vibe, I think. When I see a mall that’s kind of barely hanging on or that’s not what it once was, I reflect a little bit on the fact there’s probably similar stories in all of them.