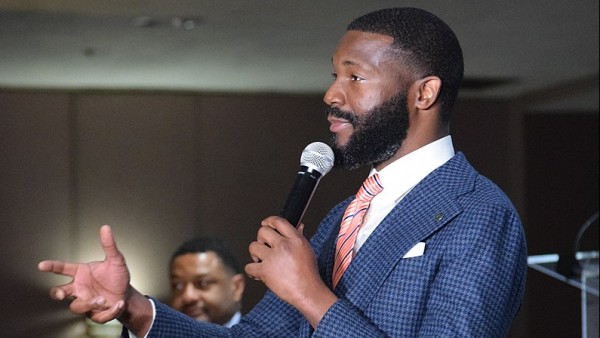 Birmingham Mayor Randall Woodfin released details Wednesday of a plan to offer Birmingham City Schools graduates the chance to go to a public two-year or four-year school in Alabama tuition free. This follows a tweet Tuesday evening announcing the program.

Starting in 2020, any Birmingham City School student that walks across the graduation stage will have the opportunity to attend any in-state two or four year school tuition free. #BirminghamPromise

The program is part of the mayor’s Birmingham Promise initiative, a public-private partnership that began with an apprenticeship program for BCS students. Woodfin says the college tuition component is second phase and will be offered to students graduating in the class of 2020 and beyond.

Financial awards will be “last dollar,” meaning they will make up the gap left by other financial aid. Students also must live in the city of Birmingham and attend BCS from kindergarten to 12th grade to receive the full amount. Those attending fewer years will have awards prorated.

In a Facebook Live video, Woodfin says he hears from parents who are worried about paying for their children’s college education.

“I want to make sure they have the opportunity to go and they can afford to stay. This is our way of making sure our children have an opportunity,” Woodfin says.

Woodfin says the city will put up at least $10 million over five years to support the program, with additional money coming from private fundraising. Long term plans call for creating an endowment.

According to data from the Public Affairs Research Council of Alabama, 32% of BCS graduates in 2017 went to a four-year school and 22% enrolled in a two-year college. That study did not break down attendance by public or private institution.