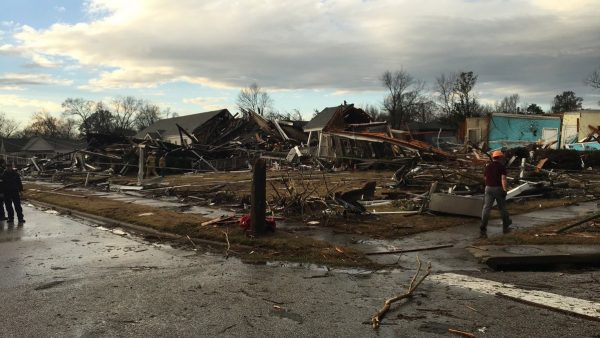 A tornado ravaged through parts of Wetumpka Saturday afternoon significantly damaging buildings, churches, and homes. Radar confirmed a tornado on the ground around 3 p.m., according to the National Weather Service.

Elmore County Community Hospital is treating seven people with injuries from the tornado and one person has been transported to a Montgomery hospital, said James Oliver, the hospital’s emergency coordinator. Most of the injuries are minor to moderate, he said.

The Wetumpka Police Department warned residents to stay in their homes and off the roadways.

“There is a big issue right now with people walking around and driving to see the damage, which is horrific. Power lines are down everywhere! Please, let First Responders do their work as they search for trapped and injured people in multiple businesses. This is a very serious incident, and unless you are there to help, please go back home.”

First Responders need EVERYONE to stay away from downtown Wetumpka, we have live powelines on the ground and first responders need to room to do their jobs @wsfa12news pic.twitter.com/3ulqdRrS1C

New photos in from @BryanHenryWSFA in downtown Wetumpka #alwx pic.twitter.com/m8bFGB8diA

As of 4:30 pm, the strong storms had passed through central Alabama, but cities in south Alabama such as Eufaula, Troy and Wedowee still are at risk or heavy rain and damaging winds. After the storms pass, temperatures are expected to drop throughout the state tonight.

“The low tonight will be in the 30s in most of Alabama. Temperatures will go down hill throughout the day on Sunday,” she said.

A National Weather Service team is scheduled to survey damage in Wetumpka on Sunday. 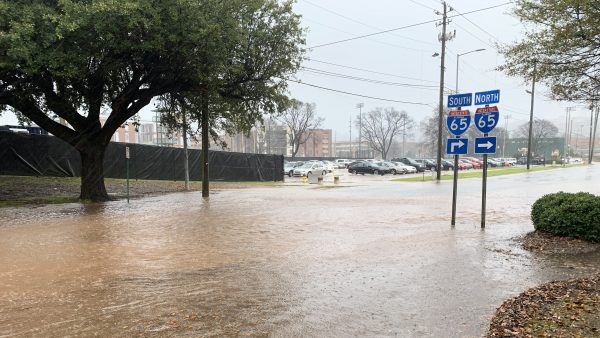 A number of area schools are delaying start times due to heavy rain and a flash flood watch early Tuesday morning. 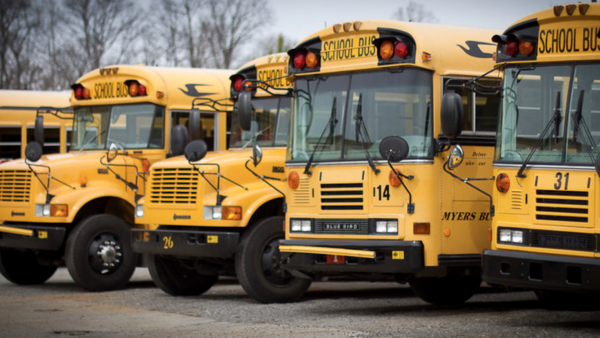 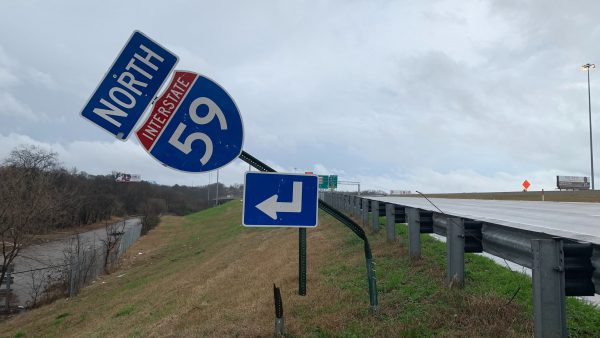 Three people in Alabama died after severe storms hit the area on Saturday. 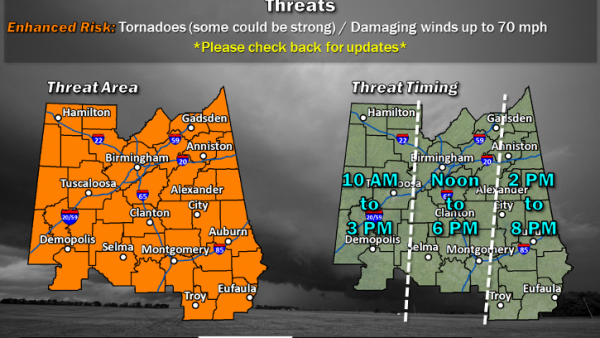 Severe Weather Threatens Most of Alabama on Saturday

Forecasters in central Alabama say the storm system threatens to spin off tornadoes. Officials say residents should have multiple ways to receive weather warnings and should not depend solely on outdoor warning sirens.

Some Alabama schools will delay school Wednesday because of wintery conditions.