Reaching Everyone in the 2020 Census Might be Harder in Alabama 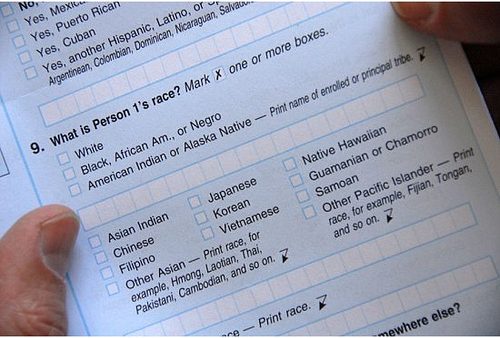 A census reminder might not be the most memorable part of an inaugural speech. But that didn’t stop Gov. Kay Ivey from mentioning next year’s decennial count in her address in January.

Leaders in Alabama say the 2020 Census is especially important for the state.

It’s for two main reasons. First, billions of federal dollars a year are divvied up based on census numbers. Secondly, Alabama could lose a congressional seat. That’s because the state’s population hasn’t been growing as quickly as other states.

Terri Ann Lowenthal is a former staff director of the Congressional subcommittee that oversees the census bureau, who is now a census consultant.

Lowenthal says Alabama is a difficult state to count anyway. That’s because it has a higher percentage of African-Americans than other states, and historically, blacks are undercounted. Same idea for people living in poverty. This is also the first census where residents can respond online and fewer people than average in Alabama have broadband.

Lowenthal says state and local officials will have to work to overcome those obstacles.

“I think there’s some general evidence that community-based outreach efforts really do help boost participation, especially in areas that historically have been more reluctant to participate,” Lowenthal says.

“With this particular census there is a big push, not only by the government side of the house, but also industry, agriculture, different segments of society that really, really have came [sic] to the table,” Boswell says.

Boswell says the committee is developing marketing plans and expects to launch a campaign in April. They want to tailor their message to those who are hardest to reach.

“We do have an outreach group that we’re working with that will not only impact the Hispanic population, but the Korean population,” Boswell says.

But some fear the Trump administration’s bid to add a citizenship question to the census could ultimately lower the response rate. The issue is making its way through the federal courts.

The census counts all U.S. residents. Alabama Attorney General Steve Marshall sued last summer to block the government from counting those living in the country illegally. Isabell Rubio, executive director of the Hispanic Interest Coalition of Alabama, a group that is participating in census efforts, calls the lawsuit shortsighted.

“It hurts everybody in Alabama,” Rubio says. “Why wouldn’t we want to make sure that we are counting everybody to get our fair share?”

Marshall’s suit argues not counting those living in the country illegally would mean Alabama is less likely to lose a congressional seat. That’s because Alabama has fewer unauthorized immigrants than states such as Texas or California. Census committee chairman Kenneth Boswell declined to comment on the lawsuit.

In any case, expect to start seeing information about the census soon. And a lot over the coming year. Boswell won’t predict whether Alabama will be able to hold onto that seat in Congress, but he knows what he’d like Alabama’s response rate to be.

It’s a tall order for any state, let alone one with demographic challenges starting it half-a-step behind.