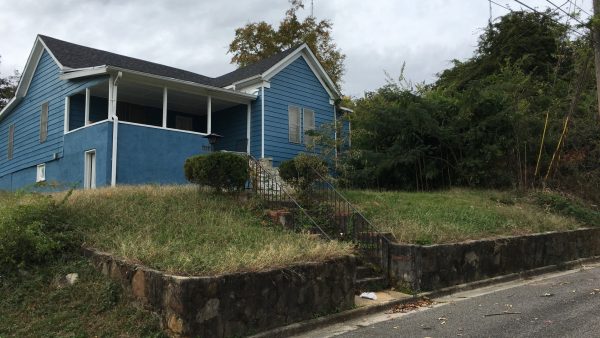 Along 18th Street South in Homewood, there is a mix of trendy restaurants, boutique fitness studios and coffeehouses. It is easy to miss the sign for Rosedale, the city’s predominantly African American community.

Houses range from older structures with rotting wood to newly-renovated historic homes. Navigating the streets is difficult. There are many dead-end roads where the construction of 18th street split the neighborhood in half decades ago. Eighty-year-old Barbara Pope has lived in Rosedale her whole life and says it’s been a tight-knit community.

“You know the highway divided the people, but no matter what side you was on, if you were in trouble, everybody came to your rescue,” Pope says.

There are about 200 homes in Rosedale. Almost half of those are rental properties, and there are some absentee landlords. This patchwork is one reason some Rosedale residents have not been very involved in the City of Homewood’s new master plan.

But residents like Pope don’t necessarily share those priorities. Pope attended some initial comment sessions and reviewed portions of the master plan, but quickly grew frustrated.

“I feel like the majority is going to win. They they’re going to do what they want to do. But I would rather see low income apartments there, I don’t see the need of another park,” Pope says.

Sterling Jones used to live in Rosedale, but now lives in Centerpoint. He lost some of his Rosedale property in an eminent domain dispute with Jefferson County about a decade ago. Jones says he could not attend any of the Homewood planning meetings because of his work schedule. But the future of the neighborhood is an emotional subject for him.

“It’s not so much about just myself,” he says.

He is concerned about preserving his grandmother’s Rosedale home and another lot he owns there.

Julian Chambliss, an urban historian at Michigan State University, says this is a typical response. He says residents of historically black neighborhoods that exist within mostly-white suburbs, like Rosedale, often are suspicious when cities have big redevelopment plans.

“Older residents often have a legacy of distrust from uneven policies and their experience with those policies,” he says.

Homewood held several planning meetings at different times and locations to make attendance convenient, and some Rosedale residents did participate. For others though, Chambliss says this legacy of distrust combined with inflexible work schedules often make community buy-in almost impossible.

“For African Americans and other minorities that are caught in that process they really feel like they’re missing out, whereas younger people I think often are coming to these spaces with a real hope,” Chambliss says.

So he says there is a generational factor here, too.

Doug Clapp bought his Rosedale home because he says it was affordable and close to Samford University, where he teaches. His family is among a handful of white families who have moved to Rosedale in the last decade.

“I think right at this very moment, I think there’s opportunity for Rosedale to maintain its identity within the larger identity of Homewood. And for Homewood to continue to get the meaning and the value that a community like Rosedale has to offer,” Clapp says.

Some projects from the updated master plan are already under way. At Rosedale’s Spring Park, a bulldozer sits poised at the corner of the lot. There used to be a kitchen there that many of the Rosedale churches used for big community gatherings. Residents wanted to keep it, but the city tore it down and plans to build a new park there instead.