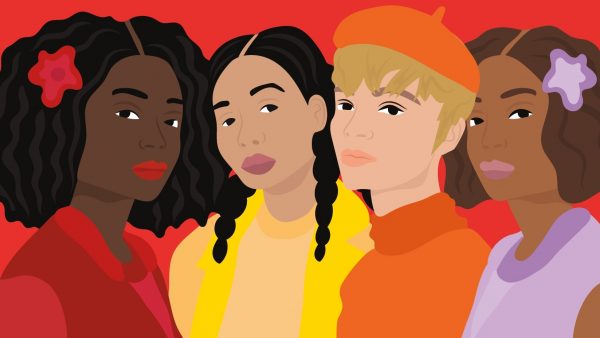 Birmingham writer Randi Pink does not shy away from controversy. Her first novel delved into race and privilege. Her latest young adult novel “Girls Like Us” follows four teenage girls, three of whom are pregnant. The story’s set in 1972, a year before Roe v. Wade, the landmark U.S. Supreme Court decision that legalized abortion nationwide. A few years ago, she planned to write a story on abortion set in the present. But when U.S. Supreme Court Justice Brett Kavanaugh was appointed, she knew the court would skew more conservative, and that inspired her to set the story in the past. She spoke with WBHM’s Andrew Yeager.

Pink is a former WBHM staffer. Some listeners may find parts of this conversation disturbing.

The spark for the book:

“After Kavanaugh, I started to remember conversations I had with 80-year-old black women in my youth. Family members, friends who discussed the horror of young girls pregnant, having to go into the backwoods, never coming out. And I just started to feel with Kavanaugh that the pendulum was switching back to 1972. So I took every word I had and shot it back into the past where I feel that it belonged.”

“I don’t believe in protecting teenagers. [The] caveat to that is I write young adult. I’d say upper young adult. I don’t give it to an eleven-year-old kid. Especially in Alabama, where I live, a lot of sex ed has been phased out. A lot of education about the consequences of strict laws, the consequences of sex even, have been eliminated for more of a pie in the sky, just don’t do it approach. Which, first of all, doesn’t work … If there’s not sex ed, if there’s not education in the classrooms, at least let ’em read a novel about it.”

Concluding the book with her take on abortion:

“I wanted to highlight, yes, 1972 was decades ago. Yes, they had different music, different styles, different everything. But the exact same girl can exist today if that pendulum swings back to 1972, and these laws, especially Alabama’s which is the strictest on the table, if those things happen, we’re right back there. The backwood abortion comes right back. The neighbor with the concoction to fix your problem, little girl, comes right back.”