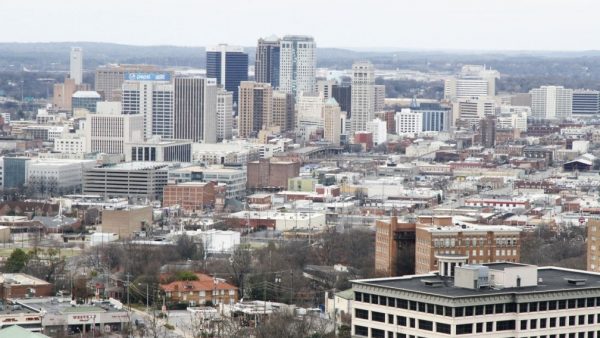 Birmingham has gained attention for its downtown rebirth. But the Birmingham area economy still falls behind similar cities, particularly when it comes to job growth. A partnership announced in December between the city and the Brookings Institution, a Washington, D.C. think tank, aims to boost the Birmingham economy with an eye toward making those gains more equitable. Brookings fellow Andre Perry, one of the researchers advising the city, says about half of Jefferson County residents are doing well, but the other half, many of whom are minorities, struggle. Perry says racism and structural inequality drags on the economy and that hurts the entire community.

WBHM’s Andrew Yeager spoke with Perry about the project.

What the partnership consists of:

“We’ve already engaged in a market scan and in that market scan we’ve found gaps in the economy, areas that we should improve upon. So our job now is to look at those gaps and identify potential solutions. Now the city and the county, there’s a lot of things going on. We want them to have the analytics to really navigate current projects but also to identify other opportunities out there.”

How to make growth inclusive and not just enrich those already in positions of wealth and influence:

What’s success for this partnership:

“Obviously we want to see growth in the economy. We want to see more jobs. We would like to see the infrastructure to make that happen. So obviously you need support systems. You need new revenue streams. But more importantly we want a group of civil actors to demand change that will not uphold [the] status quo, that’s willing to take risk that other generations have not. If we can get that mindset change, oh, growth will come.”