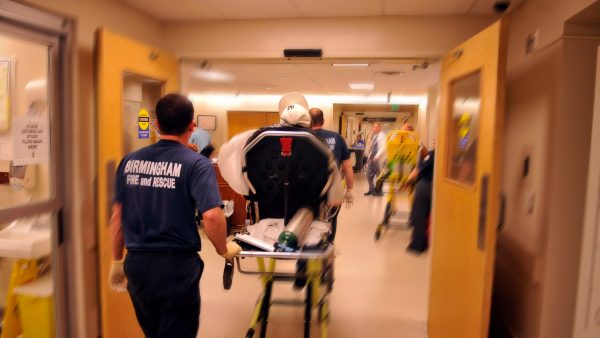 UAB plans to increase the use of Suboxone for patients recovering from an opioid overdose in the Emergency Department.

UAB’s Emergency Department (ED) is starting a new program to better treat patients with opioid use disorder. The initiative, funded with $1.5 million from the U.S. Department of Health and Human Services, focuses on increasing the use of Medication Assisted Treatment Protocol (MAT). This treatment relies on a drug called Suboxone, which reduces withdrawal symptoms for patients recovering from an opioid overdose.

Dr. Erik Hess, vice chair for research in UAB’s Emergency Department, says Suboxone is a very effective treatment for opioid use disorder. But the drug is not used as often as it could be.

“The government has actually made it a requirement for eight hours of training for any provider who wants to provide a subscription for it (Suboxone),” Hess says, “which has set up a pretty substantial barrier for most providers.”

Hess says up until recently, only three ED doctors at UAB had completed this training. The goal now is to certify at least 75% of the department’s physicians to administer Suboxone.

Another focus of the program is to better connect patients with resources once they leave the ED. This involves a partnership with a local referral hub called the Recovery Resource Center at Cooper Green Mercy Health Services.

The Recovery Resource Center will send peer navigators, people who themselves are in long-term recovery, to meet with patients at the emergency department. Navigators will help patients transition out of the ED and find long-term treatment options.